Allison Adonizio and John McAfee think they've discovered the next great antibiotic in the jungles of Belize. It's all natural. It's unpatentable. It's untested.

It grows wild along the shores of the New River, among the Mayan ruins of Lamanai, next to the lilies that are home to little yellow birds that skip across the pads. Inside Belizean plants used for generations by native healers, a suite of chemicals produce a natural "anti-quorum sensing" effect that interrupts bacteria's ability to communicate. And bacteria that can't communicate don't go pathogenically virulent. At least that's the hope. If they're right, they've discovered the herbal equivalent of Neosporin.

Adonizio and McAfee, founders (along with technical chief Jim Zoromski) of Quorumex, have brought their "beta" production facility online next to the New River, complete with a production lab built by upriver Mennonites, who delivered the wooden building fully assembled by boat.

We've traveled to the beta facility from McAfee's home in tiny San Pedro on a chartered turboprop that lands on a gravel air strip among cane plantations. When McAfee pulls a bottle from "Topic-Qx" from his shirt and laments that I don't have a wound to test it on, I know how to remedy that. A minute later both of my arms are streaming blood, Topic-Qx is applied to the left incision, and the local workmen are shaking their heads and chuckling. Topic-Qx is Quorumex's first product, a topical solution of plant materials containing purported anti-quorum sensing properties.

Adonizio had always been drawn to Belize, in large part because of the work of ethnobotanist Mike Balick, her "academic grandfather." Balick had traveled to Belize (and elsewhere) in the 1980s to study native healers and the plants used in herbal medicine.

Quorumex's charter is simple: Consult native healers about what plant medicines they use to treat certain afflictions; test those plants in the lab; if promising, harvest the plants for production.

Quorumex's first product, the topical anti-quorum sensing agent Topic-Qx, is made from a proprietary blend of native plants, which makes it easier for the company to produce with relatively primitive facilities, but also creates a product that uses the fullness of chemicals inside its plant reagents. Since those plants evolved their own collection of chemicals which may be potentiating their antimicrobial effect in tandem, it might be better to mix them all together and let them work their magic as it has evolved inside the plant.

Dozens of scientists around the world are researching anti-quorum sensing chemicals. I've spoken to several of them. Before my trip I asked them about the chances that Quorumex's products might have a practical use.

McAfee has cultivated the air of a reluctant regent; the former devotee of Transcendental Meditation who just happened to become a millionaire; a man who left the United States not simply because of mistakes managing his fortune or to avoid lawsuits, but to retire to one of the most beautiful countries in the world.

"But the paradigm is of a world that is in desperate need of new medicines, a world in which science has divorced itself from historical knowledge. In most cases, the chemicals constructed in a lab seem in the scientific eye to be superior in every way to some healer in the backwoods using a leaf from some unknown plant in an attempt to cure disease.

"How long have the Mayans been here? Seven thousand years?" McAfee continued. "Some people say 5,000? Certainly a long time. And they have lived within this ecosystem and tested on their own bodies and the bodies of others many of these substances. You try to identify those that may have actually benefit. You bring them into the lab and say, do these have any anti-quorum sensing properties. If so, how potent are they? If you combine this plant with this plant and then put them in a petri dish, how potent is that? So you do all the science. You do it as best you can. And you do it within the context of the culture in which you are building your company."

Does Topic-Qx work? That's all that matters. In a marketplace of untested supplements that are more often than not completely ineffective but still wildly successful commercially, only time—and testing—will tell. Even an antibacterial treatment of modest efficacy could be an invaluable tool, especially manufactured inexpensively, renewably, and unencumbered by the patent system of the developed world. Unlike most pharmaceutical explorers, Quorumex is a Belizean company employing a large number of Belizean workers. (Although its principals are U.S. citizens—or in the case of McAfee, a former citizen.) It is free to pursue herbal cures the American pharmaceutical industry finds too unprofitable to test.

Visits this site for the full article. 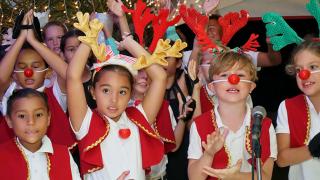 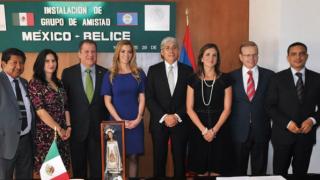 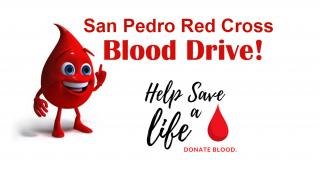