Orion Multimedia, the world's largest producer of outdoor adventure television, just spent the week with El Pescador on Ambergris Caye to film the series which will air on The Outdoor Channel in January 2011.

The “Buccaneers and Bones” series features the anglers' passion for fishing and the camaraderie they share as they search for answers on how to safeguard our environment. In addition to fishing the famed salt water flats of Belize, these notables are fishing for answers, too. How can we save our last great coastal environments? It's a question that has been the heart of Bonefish and Tarpon Trust's mission since 1998, and is being pursued by some of the world's top scientists.

Orion Multimedia was particularly interested in filming in Belize due to our newly legislated “catch and release” law. El Pescador's involvement with Bonefish and Tarpon Trust regarding bonefish tagging, as well as the research Green Reef is doing regarding sport fish habitat and trying to protect critical areas from development, made the lodge a natural partner.

While on Ambergris Caye the group enjoyed flats fishing for tarpon, permit and bonefish with El Pescador’s legendary Guides. In addition to landing many bonefish and tarpon, we also satellite tagged a tarpon in order to learn more about this magnificent and ancient species (the first satellite tag deployed near Ambergris Caye). While they had many “follows”, the elusive permit avoided our camera which was disappointing. And Tropic Storm Alex’s arrival necessitated an early departure.

The talent enjoyed a delicious meal prepared by Amy Knox of Wild Mangos featuring the many ways we utilize the coconut. She began with coco-mojitos and ended with a coconut tart drizzled with our own local Kakaw dark chocolate. Chef Jeff from Rojo Lounge also entertained them with a magnificent meal prepared using 100% local Belizean ingredients, the starring ingredient was chaya.

Alonzo Flota, from Under da Sea, took them for a memorable snorkeling trip to our own Hol Chan Marine Reserve. They returned raving about the beauty of our Barrier Reef and abundance of our marine life.

Our Honorable Minister of Tourism, Civil Aviation and Culture, Manuel Heredia Jr. gave a very interesting interview regarding how he grew up on Ambergris Caye as a commercial fisherman, his time at the fishing co-op and his passion and understanding of fishing. Also discussed was the Minister’s involvement in helping to pass the catch and release legislation to protect bonefish, tarpon and permit as game fish – demonstrating Belize’s commitment to protecting our natural resources to ensure the livelihood of future generations.

Aaron Adams, a scientist from Bonefish and Tarpon Trust, gave a fascinating and educational presentation to the children of our island entitled “healthy habitats = healthy prey = healthy bonefish.” He discussed the importance of protecting our mangroves, shoals and sea grass beds in order to preserve habitat for marine species.

El Pescador would like to thank the Belize Tourism Board whose generous financial support gave Belize the unprecedented opportunity to host Orion multimedia and the filming of the “Buccaneers and Bones” series.

“We would also like to thank Tropic Air who provided complimentary transportation which was made especially challenging due to TS Alex; Tropic Air’s professionalism and attention to detail insured a seamless arrival and departure experience for all. We would also like to show appreciation to Wild Mangos, Rojo Lounge, Under da Sea and the Island Academy. Most notably we would like to thank El Pescador’s Guides and Staff who make Belize proud; their hard work and enthusiasm are what makes Belize such a unique and special destination.” 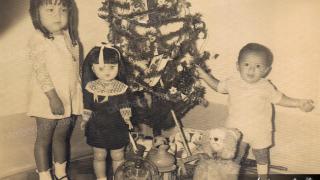 Christmas at the peak of progress in San Pedro 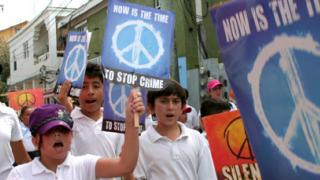