Ever since the San Pedro Airstrip was completely refurbished and extended in length, about seven years ago, it paved the way for our island airstrip to become in international point of entry other than the Phillip Goldson International Airport (PGIA) in Ladyville in Belize. But since the island did not have any customs officials posted at the airstrip by then, any flights coming to Ambergris Caye from abroad had to make a stop at the PGIA for customs clearing. Things have been made easier now that San Pedro has a customs and immigration office that opened about a year ago.

But since then, there have not been much international flights coming in directly to Ambergris Caye. The last international flight to the island was during Mexican President Felipe Calderon official visit to Belize on June 2007 when he arrived with a fleet of Super Puma Air Force Helicopters.

Come in Mr. and Mrs. Richard Headrick, owners of Ramon’s Village! On Tuesday, February 16, 2010, the Headrick’s made the first recognized international flight into San Pedro Ambergris Caye on board their privately owned Pilatus PC-12 aircraft. They flew in from Laurel, Mississippi where it was about 20 degrees to sunny 80 degrees Isla Bonita in about three hours and 42 minutes. Being Gina Headrick’s birthday and all, Mr. Headrick wanted to make his wife’s birthday extra special; and what better way than to bring her to San Pedro to enjoy her special day.

Customs and Immigration officials were on hand as the Headrick’s arrived shortly after midday and made their arrival and check in simple and easy. Ambergris Today was on hand to greet Richard and Gina and we were given a private tour of the aircraft. Pilot Danny Stringer was also nice enough for our girls to sit on the cockpit to take some pictures.

“This flight gives us the opportunity to promote these possible direct flights into Ambergris Caye,” commented Mr. Headrick to Ambergris Today.

“It’s another way to positively promote tourism on the island and create awareness of another point of entry to the country; directly into La Isla Bonita San Pedro,” stated Einer Gomez, assistant manager of Ramon’s Village. “We are happy that Mr. and Mrs. Headrick of Ramon’s Village are somewhat pioneers in this.” 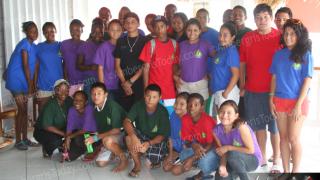 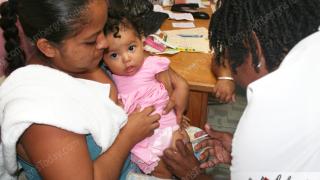 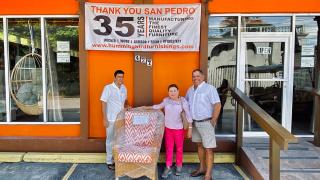