Monday, April 19, 2010, was a very proud and important day for Tropic Air, as Belmopan greeted and accepted Tropic’s first scheduled flight from San Pedro to the Hector Silva Airport. At airport grounds, the inauguration was held with invited guests who included international ambassadors and Mayor of Belmopan Mr. Simeon Lopez.

In his welcome address, Mr. Lopez stated in his inspiring speech, that this new flight was a brave and great idea, simply because it is great for Sanpedranos and tourists to have greater access to experience and explore Belmopan and Cayo’s tourist attractions. As for the mainland residents in the west, it is a great escape to Paradise to explore San Pedro’s tourist attractions.

Mr. Johnny Greif greeted his invited guests with his kind and moving words about this great flight that is much more for the betterment of tourism and offering the comfort of a fast and safe flight.

Tropic Air is operating two flights a day to Belmopan, one in the morning and one in the afternoon on Mondays, Wednesday and Fridays. As the service grows and becomes more receptive and successful, plans are to fly on a daily basis to Belmopan.

Mr. Greif stated to the media that the morning is going to be more productive for the Sanpedranos that have business with the Government of Belize, dealing with VISA issue at the US Embassy and other embassies and Americans dealing with passport issues. The return flight is expected to provide a little cargo service like for high end vegetables coming to the cayes.

“We have been approached by the business community, by the embassies, by the San Pedranos and by the tourism sector in Cayo and San Ignacio for years,” commented Johnny Greif. “This goes back a decade and they have always wanted this service but we have to balance providing a dependable service with making a profit. It was always a question of when not if and we just decided this was the right time to give it a try.”

Minister of Tourism, Culture and Civil Aviation Hon. Manuel Heredia stated,” Two great Belizean destinations come together and are connected for our international visitors to enjoy. I invite everybody to spread the word of this exciting new connection within our country.”

At the end of the ceremony, invited guests gathered at the ribbon cutting of Tropic Air’s terminal building at the Hector Silva Airport; the honors were given to Hon. Heredia and Mr. Johnny Greif.

The San Pedro/Belmopan flight is about 45 minutes and the Hector Silva Airport is about 10 minutes from Belmopan City. One way fare for the flight from San Pedro is $169Bze and round trip is $333Bze. For more information call 226-2012. 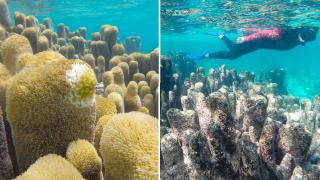 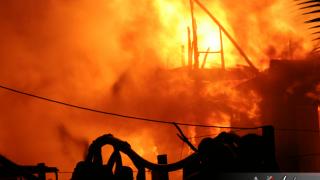 Fire Rages in the Early Morning 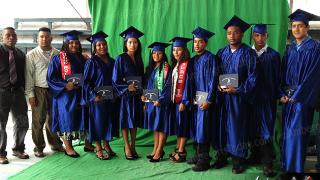