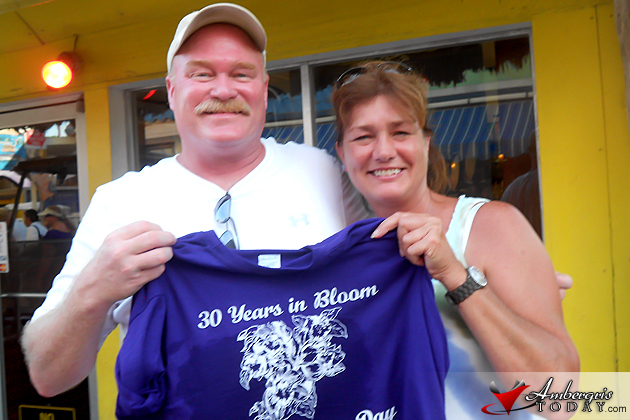 The Blooms Celebrate 30 on Belize’s 30

This week’s Picture of the Week was submitted to Ambergris Today by Flor Nuñez who had a wonderful story to go along with this great picture. The Island Academy paraded during the Independence Day Parade with purple T-shirts which read “30 Years in Bloom, Independence Day 2011”. During the parade Flor Nuñez met with this tourist couple who was coincidentally also celebrating their 30th marriage anniversary while vacationing in Belize. And get this, their last name is ‘Bloom”.

Mr. and Mrs. Bloom were celebrating their 30th anniversary along with Belize that was celebrating its 30th Independence anniversary. They loved the T-shirt so much, that they offered to purchase one of them. Flor Nuñez and her husband Mundo were kind enough to give them one of the T-shirts they were wearing as a gift. Congratulations to Mr. and Mrs. Bloom; we wish that their matrimony and bond of love continue to bloom. 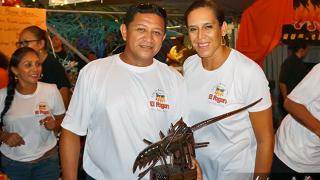 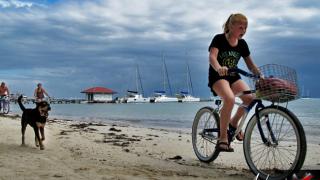 A Bike Ride Along Beaches of Ambergris Caye