I do wish you A HAPPY NEW YEAR personally and as our Area Representative and hope that we all as islanders can find positive solutions to this quickly changing everyday reality. One thing we can be sure of in this year of 2017 is CHANGES.

The reason I am writing you as our representative is that after our last Caye Caulker Village meeting I got so frustrated that I just went home after 1 1/2 hours. With all the good intentions of the new CCVC, each and every project they would like to do would not be possible to do due to the lack of funds. There was no money to fix the truck so the roads can’t be fixed and the debris after the cable company/hurricane in our street can’t be taken away.

We would like to get a garbage truck to collect the household garbage. We would like to do this, we would like to do that but there is no money SO? On the way home I was reflecting on a past CCVC meeting some 20+ years ago where Ms Ilna Allamina’s now deceased husband proposed to start Offshore Banking in Caye Caulker to solve the same problems we have now as we had then.

That solution was so foreign and far out from our island reality that people just shook their head. I was fantasizing about what would have happened but one thing I was sure of we would not be in the same situation as we are now!

Where the Split, as one islander said to me, is benefitting only 2 foreigners!  So we might as well fill it in and put the much needed road across so that the islanders would benefit from the development of that part of Caye Caulker.

That the Secondary School did not get any support from Minister of Education or any other GOB officials to get the proposed Government owned property for the much needed extension of the school. That the school had to bid against some foreign speculators to obtain the best alternatives for the development for our children and off course lost.  That the school now has been allotted a property as far as possible from the village next to the new dump and recycling plant. So does that say enough of what our Government decides where our children belong?

An island where the roads were fixed because we had the equipment and personal, where the garbage got collected and the beach and the village were cleaned. The police would be living in a decent standard housing/barracks and the people would be happy how the Government was running their village.

So people said Stop fantasizing Chriss! Stop writing, you are only getting frustrated and move back A Bush like you did 28 years ago. To keep my own sanity I am partly going to listen to that advice but there is one solution I would like to propose to you. My Caye Caulker born son, who is now studying in Oregon, raised this proposal.  He was very upset by the election of Donald Trump and was considering moving home again. But this election was not only about Trump but also the mainly ignored marijuana legalization. 80 million Americans live now in a legalized weed community after this election. A lot of these people who now visit Belize shake their head at our outdated policies about weed. What is also coming out in the public eye now is that the policies about marijuana in the leading country in the “war on drugs “was a political one and not a health or criminal issue!

It was Nixon who needed this excuse so he could put the protesters against his Vietnam politics in jail so he could continue his bombing and killing in Vietnam. Later this failed policy was continued to keep down the young mostly black and Hispanic youths who were in opposition to society with these seemingly never ending wars. And why has the Marijuana policy not changed in Belize? Because the deciding factor is a political one. A lot of the politicians are lawyers and they benefit of not changing the law. The public opinion is in strong opposition to the present policies of the GOB in not only this question. You know as Representative for the islands that most the islanders are utterly frustrated with the GOB position on the Oil Exploration issue as is the lack of opposition to the Guatemalan aggression and bullying.  I can imagine the pressure you get from your constituents in San Pedro. I can also imagine that that you personally with your known love for the sea and the reef must feel not very comfortable with these lawyers who see only the money in all of these questions and are willing to kill the goose which is laying the golden eggs for our islands!

Like probably most of the islanders I feel sympathy for you in this situation and express my support to you.  But having said that you also represent the ruling UDP and they seem not wanting to listen to the People’s Voice!  After seeing Our Prime Minister in the infamous Oceana video I wrote a commentary, which you can see, on my cocoplumgardens @facebook side if you did not read it in the Amandala or the Ambergris Today.

Now my son told me for him as a fisherman he saw no more future for himself in Caye Caulker neither in tourism. Beside his studies he was working in forestry and landscaping and he was going to study Perma culture and Aguaponics. The only secure work situation in Caye Caulker he saw was to open a weed café at Cocoplum Gardens.  Which is the reason why I am writing you after direction by a CCVC member that if I want a license to start a weed café you will have to propose that to Cabinet.

My proposal to CCVC would be to solve the economic impasse would be to start a weed café where the weed sales could be taxed and that tax would go to the local CCVC Government so we can solve our problems because with all the Tax dollars which the islands you represent generate to the GOB there is nothing they seem to be able to do for us. Just let the changes in, they are coming anyway and solve what has been a problem for years!

Compared to the Off Shore Banking ideas at that time this proposal is certainly not so outlandish, if you see the changes in the marijuana politics especially in the country where most of our visitors come from! I am convinced that if you are able to stand up to your co-ministers/ lawyers in these questions who are most important to your island people you will be very much appreciated and might be the only UDP politician being reelected in the future!

I thank you for your assistance and look forward to your response! I would very much like to welcome you to Cocoplum Gardens for a coffee when you visit Caye Caulker! 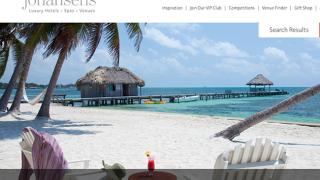 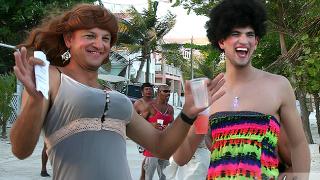 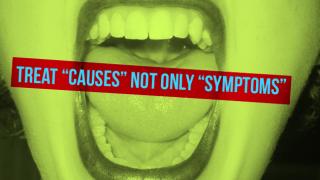