Can Belize Keep Up with Tourism’s Harmful Footprint? Environment Weeps

In agreement with the current promotion of diabetes awareness in Belize, I take this opportunity to examine the growing illness of our society and environment from the impact of cruise tourism, a condition sickening the nation of Belize. I note the recent appointment made by the Right Honorable Prime Minister of Mr Yashin Dujon as CEO of the Ministry of Tourism. Mr Dujon holds a Masters in ‘Responsible Tourism’, a term which leaves much to be clarified.

Ecotourism was first promoted by the United Democratic Party during its term of office from 1993-98. At that time, many workshops were held to educate and encourage the development of sustainable tourism endeavors and give clear focus and guidance for the fledgling tourism product. At one such workshop I attended at the Rio Bravo Station of Programme for Belize, participants from both the public and private sector from various Caribbean islands shared their valuable experience in mass/cruise tourism and the regrets they had after seeing the rapid and severe deterioration of their natural resources and sensitive habitats. All participants including representatives from local government ministries, Programme for Belize and the private sector, were strongly admonished to take up the challenge of making Belize a leader in this new approach for the region and to heed the warning given by our Caribbean partners.

To recount the history of mass tourism in Belize, let us refresh the memory of the public. As mentioned, the United Democratic Party first led the charge under the auspices of the Ministry of Tourism/Environment and Programme for Belize. Programme for Belize, under the direction of Mrs. Joy Grant, introduced many innovative and environmentally friendly products and practices while developing a rainforest ecotourism product. The Department of Culture joined in the promotion of this agenda and under the direction of the late Beverly Smith Lopez, a summer program in the arts was held at the La Milpa EcoLodge operated by Programme for Belize. Children attending enjoyed exploring the creative arts while immersed in an environment promoting an awareness of natural sciences and conservation, a truly wholesome experience.

Sustainable forestry was declared an urgent agenda by the United Democratic Party government and a pilot project was funded by the British to promote responsible management of forest products. Sadly, timber harvested in this project was only made available for export. There is no longer any mention made of that initiative and the focus seems to have narrowed to saving a single species such as rosewood in the Chiquibul Reserve.

The turn of the millennium brought regression instead of progression for our nation. The People’s United Party became the ruling party in ‘98 and immediately scrapped ongoing efforts at conservation and sustainable tourism started by the UDP. Cruise tourism knocked loudly at the door with big money and fast food! PUP party leaders succumbed to the carrot on the stick in 2001 and the first tourism tent village went up at Memorial Park to accommodate arriving visitors.

Where has this led? The warning our Caribbean brethren gave rings true. “Don’t try mass tourism”, they said, “if you do, it is so hard to reverse as we have learned! Get it right from the start.”

The United Democratic Party was returned to governance in 2008 and followed the destructive and environmentally abusive path taken by the PUP. What happened to their memory? How quickly they forgot!

The people of Placencia fought hard under an independent village council and wisely rejected cruise tourism. They refused the fast food, the big money, and were rewarded with success. The big guns couldn’t fire and are biding time to get their way. Recent ads for a Harvest Caye job fair hang the carrot once again for Placencia villagers to jump at. Can they forget their goals too?

As Belizeans, we are stewards of the land, sea, and waterways our Creator has blessed this beautiful jewel with. Belize was Nature’s best kept secret. Not anymore! Is ‘bruising from  cruising’ the path we accept and offer as an example for future generations? Who analyses the financial, social and environmental cost this industry brings to our shores? What will be left for our children to protect and enjoy? If left unchecked, this invasive giant grows by leaps and bounds much faster than a small nation like ours can keep up with its harmful footprints!

The time has come for the people of our nation to firmly take a stand against the blatant disregard for wise stewardship of the environment. Don’t fall for the carrot, reach for the basket full of food from good stewardship of our resources. A wise person is not afraid of their faults, but seeks understanding of the cause and makes every effort to correct them. So should political parties be. I ask all members of APAMO and the indigenous who live close to the earth, to speak out and act now for the protection of our natural resources and habitats. The term ‘responsible’ is the new buzz for the industry, but seriously, what does that really mean? A few eco-friendly products and water conservation while masses are shuffled through reef and rainforest? I urge the government to seek and enforce proper policies and practice for a sustainable tourism product that ensures a clean, vibrant, and healthy environment for generations to come. I watch and will not be silent. An overdose of sugar for the pot, Belize? No, thank you. 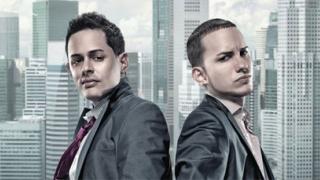 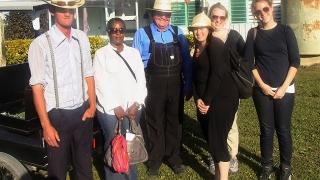 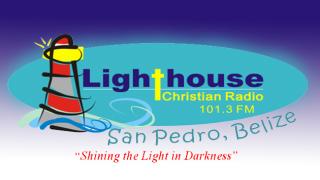