Caye Caulker has come a long way from being a simple little village to a tourist attraction.  During the years people have migrated to the island in search for a better way of living.  With this it has made the population of our little island increase.  As the years go by all types of people come to our island, the good and the bad.  Caye Caulker has always been known as the “Go Slow” island and considered to be relaxing as well.

Back then, when small crimes started to occur, the police officers didn’t hesitate to get down to the bottom of the incident and find out exactly what happened and who was involved in it and if the culprits were found, they were punished and sent away from the island.   Back then we had “the law” behind us and now it seems as the law no longer exists on this island.

The residents of Caye Caulker are all fed up with the officers that are here on the island.  They are useless and at no point try to help better the island. Most residents believe they accept bribery from the drug dealers who everyone knows exactly who they are and where they conduct their business from and also drink on the job with their uniforms on, and/or, are not dressed properly, uniform pants and a plain t-shirt.  Where in the world will you see police officers behave in such a manner?  Every single officer who is sent on this island does the same and not one is different; from the Sergeant to the Corporal, right down to the police officers.

There is no authority in that Police Station.  For every crime that has started to occur on this island, there has never been a positive outcome from it and it’s a losing battle.  Every single robbery from business and tourists has been left unsolved.  The rapes that had occurred have been left unsolved.  Not a single report made to the station has been solved.  The police officers keep taking in innocent people for no reason and beating them up while the ones who are actually doing the crime are left to wander freely on the island knowing that they are the ones who are committing these crimes.

Why not apprehend them and punish them for what they are doing?  Why does the innocent people who are making an honest living have to be the ones to pay for other people’s crime?  One of the main reasons why they don’t apprehend them is because they get paid not to do so and free alcohol.

Every single day about 4 or 5 of them are driving up and down the streets of Caye Caulker on their golf cart or the Polaris; parading on the streets of the island during the day with women and even young teenage girls who they flirt with and at night there is only one officer on duty. What kind of example they are giving?  When the time comes for them to do their job no one is available.  When you call at the police station to report a crime or incident and you ask who is speaking, they don’t give their name, they ask what you want, you tell them what is happening and the first answer they give is, there is no one here at the station and I am the only one working or they tell you they are on their way and they never show up.

Here is a perfect example.  On October 2nd, between 7 p.m. and 8 p.m., one of the Chinese owners was assaulted by one of the drug dealers.  They ended up on the middle of the street, the Chinese owner defending himself, he landed on the ground and the drug dealer is punching him and punching him and no one jumps in to stop it.  The Chinese owner manages to get up and defends himself while the other person gets a hold of a piece of stick to beat the Chinese owner.  A call was made to the police station to report the incident and the phone only rang and rang; no answer.  The Sergeant was off the island that night.  Another call was made; there was an answer; asked who was speaking and the police officer refused to give their name.  The report was made and the officer said they are coming.  15 minutes passed, no officer showed up. Half hour, an hour and no one showed up.  By the end of the night, not a single officer showed up to find out what the report was about.  Now if it was the other way around that the Chinese owner was taking advantage of the other person, there is guarantee that the other people who were watching would have jumped in and say that the Chinese owner is taking advantage of an innocent person and the police officers would be there in a heartbeat. They are part of the community just as everyone else who are making an honest living.

As far as locals are concerned, police officers who are sent to work on Caye Caulker actually come on one long partying vacation and when they are transferred off the island they get upset.  The island needs to have authority and put all those criminals either in jail or send them off the island.  If this kind of behavior from these police officers continue, this island will no longer be a safe place for us islanders much less for the tourist whose business is what we as locals rely on for a living.

Caye Caulker deserves hard working police officers who care about their job and the community they are living in and serve as police officers, who will do proper investigations especially when a report is being called in. 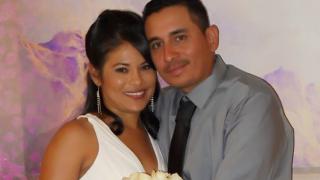 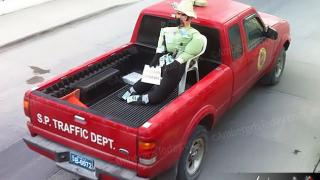 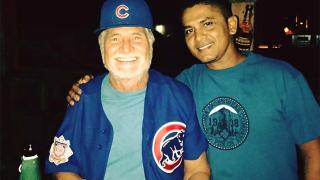