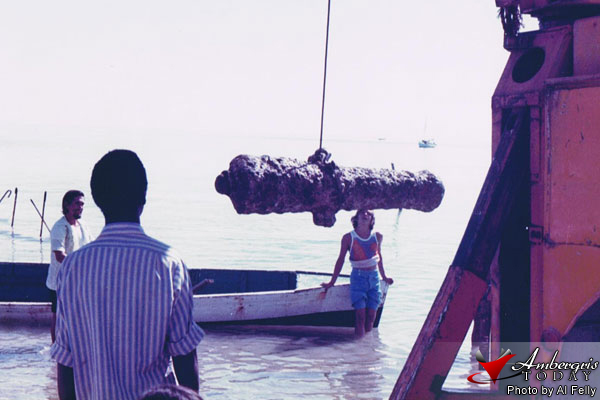 This cannon is evidence of the Spanish armada that sailed outside our reef in the sixteenth century leading to the Battle of St. George’s Caye in 1798. Today you can find shipwrecks, cannons and cannon balls along the reef north of San Pedro Town. This one was found by master skin diver Adolfo Ayuso (deceased) in the 1970’s. It stands at the yard of San Pedro High School. Now is it being lifted by the young man under it? Impossible. To lift it from the bottom of the sea, several metal drums filled with air are strapped it to and once brought to the surface, it is dragged by a boat to its destination. 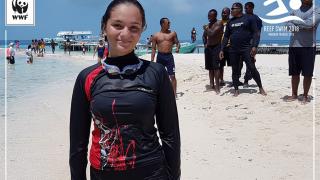 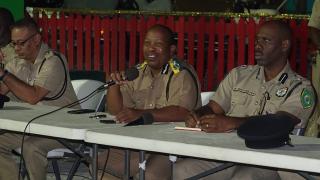 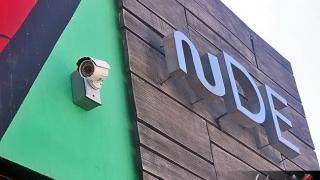