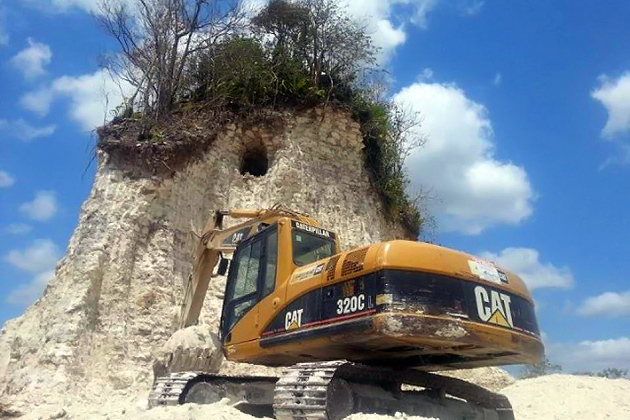 It’s on USA Today, CBS News, FOX News, Washington Post, ABC News, BBC News, Yahoo News, The Huffington Post, Japan Times and who knows what other international media outlet. No it is not John McAfee back in Belize again or a huge murder case in the country, but that of an incident that has all Belizeans in an outrage. A construction company has essentially destroyed one of Belize's largest Mayan pyramids with backhoes and bulldozers to extract crushed rock for a road-building project.

A large portion of the Maya ceremonial temple Noh Mul located in the vicinity of the villages of San Jose/San Pablo, just north of Orange Walk Town, was demolished by a construction company to purportedly use the material to fill roads in a nearby community. Noh Mul (known as Big Hill) stood ten miles north of Orange Walk and was constructed over 2,000 years ago. The site consisted of two twin ceremonial cluster surrounded by plazas and connected by a central cause way. The Maya site did not have a distinctive pyramid temple like most popular sites around the country, but that does not make it less important within our rich Maya heritage.

This is very embarrassing for all of Belizeans, especially when government had been working so hard in promoting our Maya cultural heritage leading up to 2012 events. The allure of our Maya heritage is a strong attraction for visitors to the country. Now only a small rubble stands where once the towering Maya monument stood.

The question now stands at: Will there ever be justice? 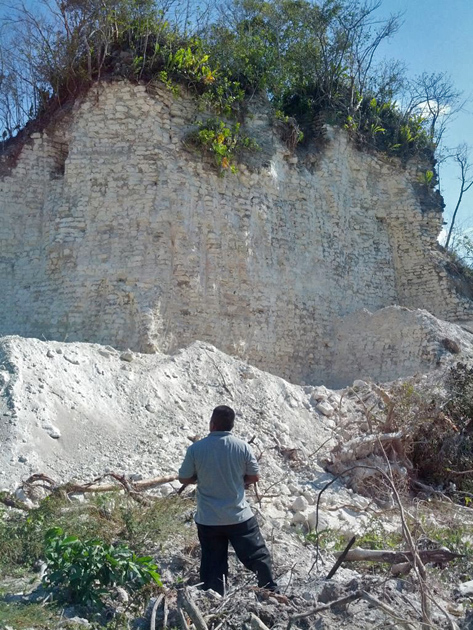 In a press release, the Ministry of Tourism & Culture, along with its line agencies, the National Institute of Culture and History and the Belize Tourism Board, expressed its outrage on the destruction of the Noh Mul Mayan Archaeological Site.

“This total disregard for Belize’s cultural heritage and national patrimony is callous, ignorant and unforgivable,” stated the press release. “The Ministry of Tourism & Culture, along with relevant agencies, has commissioned a vigorous investigation to determine all the facts in this case.  Cultural landmarks such as Noh Mul are sacred artifacts of Belizean history and should be protected at all costs. This expressed disdain for our laws and policies is incomprehensible. The Ministry of Tourism & Culture, the Belize Tourism Board and the National Institute of Culture & History remain committed to its mandate for the sustainable use and protection of Belize’s natural and cultural resources.”

Hon. Gaspar Vega, the area representative of Orange Walk North constituency, also sent out a release in which he stated that he condemns in the strongest possible terms the destruction of any archeology site in Belize. Minister Vega also emphatically repudiates the allegation and or perception that he was involved in any way with the destruction of the Noh Mul.

Like all Belizeans, Minister Vega stated that he is deeply committed to protecting and preserving our national heritage and patrimony for the benefit of present and future generations. As such, he is outraged by the wanton destruction of the Noh Mul archaeological site. Hon. Vega stated that the Ministry of Natural Resources and Agriculture, who has responsibilities for issuing mining permits, did not issue any such permits to mine materials from Noh Mul archeological site.

Along with the Cabinet, Minister Vega calls for a full investigation into this incident to determine the circumstances that led to the destruction if this site. "Subsequently, all those found responsible for the destruction of this site should be persecuted to the full extent of the law," concluded Hon. Vega in the release.

Let’s hope that these entities stand for their word and the spreading of this news to the international media not a political ploy to gain advantage in the political arena, because all this international attention could be negative for the country. Let’s hope that all these people who are raising hell and calling attention to this matter really have Belize’s best interest at heart.

What the public wants to see is for those responsible for this action to pay. An example needs to be made of them or else others will not take the Belizean Government, the Ministry of Tourism and Culture, the National Institute of Culture and History and the Belize Tourism Board seriously. Faith needs to be restored to all those international organizations that have assisted our country in one way or another to protect and develop our archaeological sites; future grants and support are at stake. Let’s hope proper and just action is taken by the proper authorities.

"It's a feeling of incredible disbelief because of the ignorance and the insensitivity,” commented Jaime Awe, Belize’s Director of the Institute of Archaeology at NICH. "It's like being punched in the stomach, it's just so horrendous."

Jaime Awe noted that Noh Mul sat in the middle of a privately owned sugar cane field, but Belizean law indicates that any pre-Hispanic ruins are under government protection and that the builders could not possibly have mistaken the pyramid mound, which is about 100 feet tall, for a natural hill because the ruins were well-known and the landscape there is naturally flat.

Awe said that there had probably still been much to learn from the site where a great deal of archaeology was undertaken in the '70s and '80s, but this only sampled a small part of this large center. He is scheduled to visit the site on Wednesday, May 15, in hopes of recovering any priceless artifacts left behind and preserve what is left of the damaged structure. 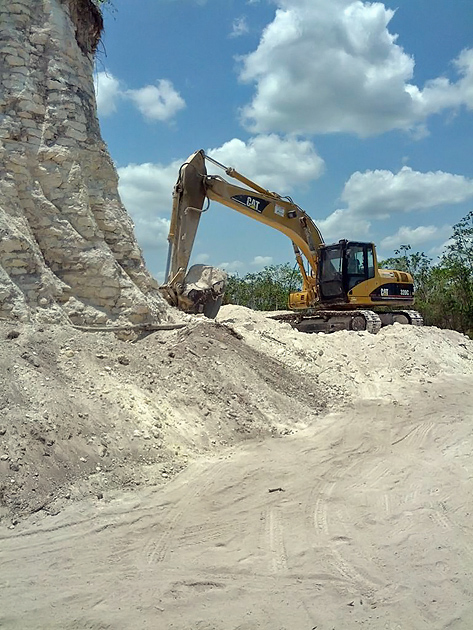 Readers’ Reactions on Social Media:
“So this is the second time that I have the "pleasure" of hearing news of Belize all over the U.S and then have to explain to my friends how bass-ackwards we really aren't.” When do I get a chance to hear something on the news that I can explain to them with PRIDE?”

“It's one thing to lose history to malice but to lose it to negligence is inexcusable.”

“What's sad is that most Belizeans are proud and super passionate about preserving their historical sites and national treasures... but there's still that one percent like these idiots (to put it politely) who ruin it for everyone else.” 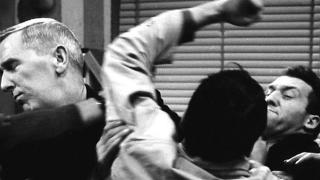 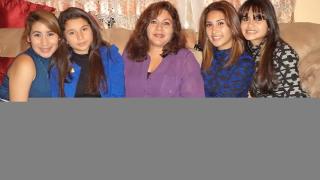 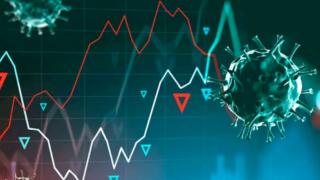