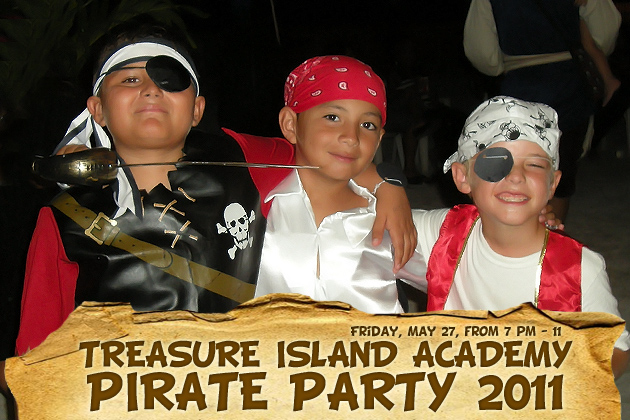 Yo ho ho and bottles of rum & Coca Cola!  The Island Academy boldly invites all lads, lasses, families, and visitors to the "TREASURE ISLAND ACADEMY PIRATE PARTY 2011" on Friday, May 27, from 7 pm - 11 pm. There will be games, drinks, dancing and dinner for a whole fleet!  Featuring Poker, Roulette and Kareoke for adults, with Bingo, Chalupa, and more, there will be grand prizes from Chan Chich Lodge and El Pescador resorts, with generous donations from Ocean Essence Spa, Island Pool Supply, Crave Restaurant, Artist Carrie O'Farrell,  Hidden Treasure Restaurant, and more to come. Mariano's Ice Cream and Frozen Yogurt arcade will be inflating the "Treasure Island Bouncy Castle" to keep kids buoyant.  Dress to Plunder!  Prizes will be awarded for Best Pirate Costumes.  Everyone is invited. Entrance fee: $10 adults, $5 all  kids under 17.  All ashore who like fun galore!

KEY TO PIRATE SPEAK, Lesson ONE:   From www.thepiratesrealm.com

* Shiver me timbers! - Akin to "Blow me down!", an expression of shock or disbelief, believed to come from the sound the ship made when 'shocked' by running aground or hit by a cannon blast--ouch!

* "Drivelswigger" - One who reads about nautical terms too much. Hmm, sounds familiar?

* Freebooter - From the Dutch for 'free' and 'plunder', reference to a pirate.

* Landlubber - 'Lubber' was an old English word for a big, slow, clumsy person, and this term was aimed at those persons on ship who were not very skilled or at ease with ship life, as if to say, "You were no better on the land."

* Marooner - Besides a reference to the poor soul marooned on an island, it also can refer to a pirate who found his current line of work after deserting a military position or perhaps a state of slavery.

* Picaroon - From the Spanish word for rascal, it was applied to a form of verse about pirates that was satirical or humorous. 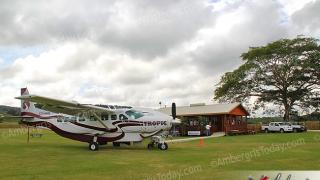 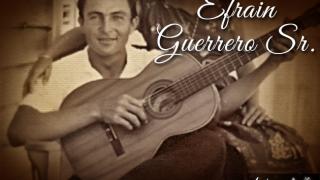 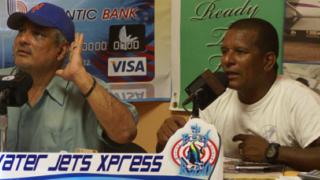