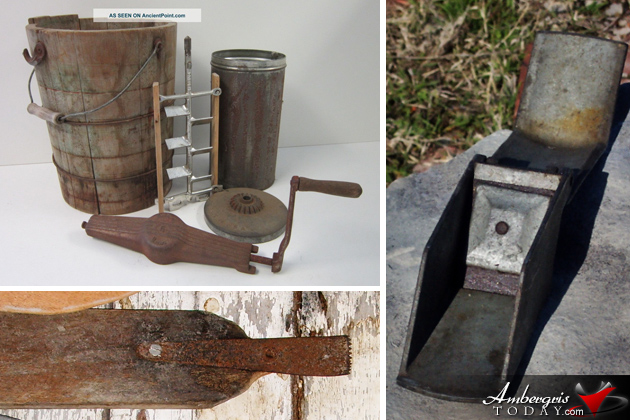 Useful Gadgets of Yesteryear in the Village of San Pedro

By Angel Nuñez
Okay we have seen the charcoal irons, the gasoline and kerosene irons, the comal or hot plate, the egg beater, and the waffle iron. How about a few more for this week as we walk about an old kitchen or house in the tiny village of San Pedro, the home to coconut farmers and fishermen. 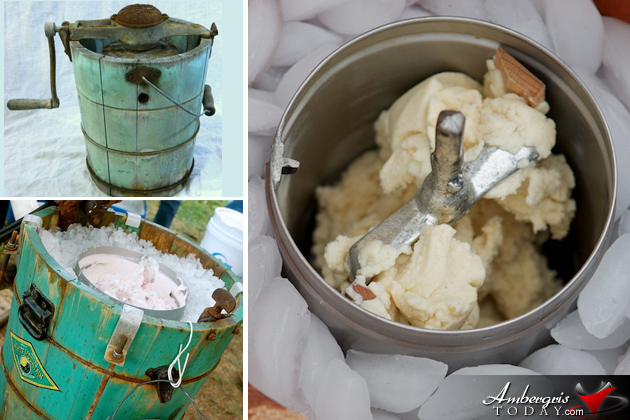 ICE CREAM MAKER: Yes even in the 1950’s the village folks would enjoy from time to time a good home-made ice- cream, that is, whenever they were able to place their hands on a chunk of ice. My father who had a small saloon had one of these old fashioned ice cream tubs that looked just like this one in picture. The interesting thing is that it had a handle that had to be spun for about an hour in order to get the ice cream texture. This was a lot of work, but trust me, it was worth the effort. Basically it is a wood bucket, the metal container for the mixture, and the handle with spinning mechanism. The ice was placed between the bucket and the container and after three thousand, five hundred and fifty nine revolutions, the ice cream was ready. It was kept frozen in the same apparatus since there were no freezers to store the ice cream. Again the beauty of owning one of these gadgets was that whenever the neighbors wanted to borrow it for a special occasion, you were guaranteed your share of the delicacy. 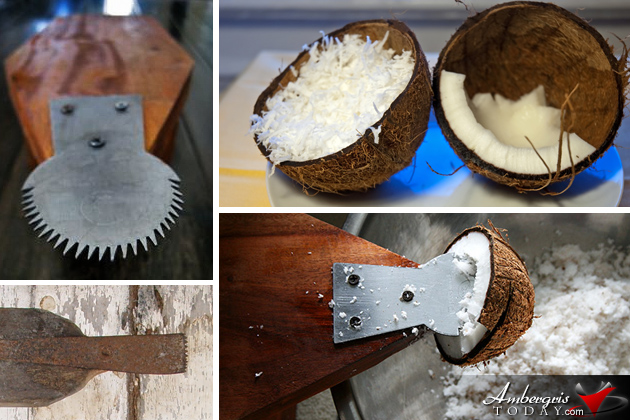 COCONUT GRATER: The coconut grater was an extremely useful gadget simply because the island folks used the coconut meat or grated coconut in many forms, and menus. First let us look at the two kinds of graters. The first one used mostly in San Pedro was the piece of metal sharpened like a hand saw and riveted unto a piece of wood for it to be rigid. Now the art of grating the coconut is another story but certainly a technique that everyone learned quite rapidly.

Now for its use: Folks used grated coconut to be able to extract the milk from the meat. The coconut milk was used to make bread, rice and beans, all types of puddings, fish soup and the famous ‘boil up’, and most importantly to be able to cook and make coconut oil. I would say most people had their coconut graters, but when someone had to borrow yours, again you were guaranteed your share of the delicacy being made. The next kind of coconut grater looked like this picture below. It was a flat piece of metal with sharp holes pierced all over. This was very easy to fabricate and use. 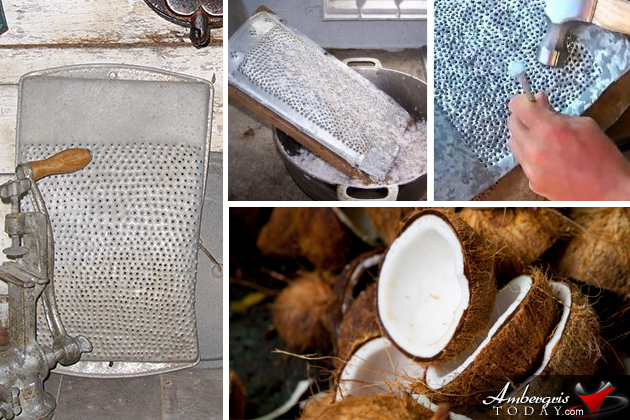 ICE SHAVER: There are so many kinds of electric ice shavers used to make snow cones and other goodies, but the old fashioned does its job quite well and inexpensively. It was a metal case with a sharp metal blade at the bottom that worked in exactly the same manner as a wood plain. Take a good look at the picture below and get an idea of how simple, yet useful gadget this was. Folks that had them would sell shaved ice with a syrup and it was called, raspado’ or ‘fresco’.

There you have it folks, quite rudimentary gadgets, operate manually but which made quite a difference in the lives of San Pedranos years ago on this island before it was known as la Isla Bonita.  And my question is: “Wasn’t life just as beautiful back then as it is today?” You tell me what you think? 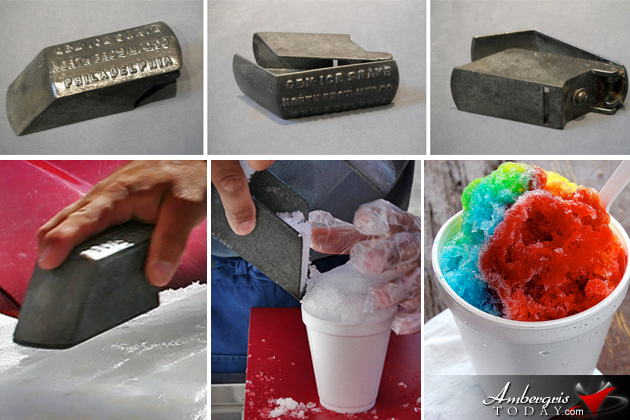 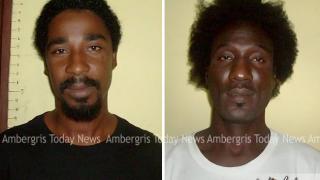