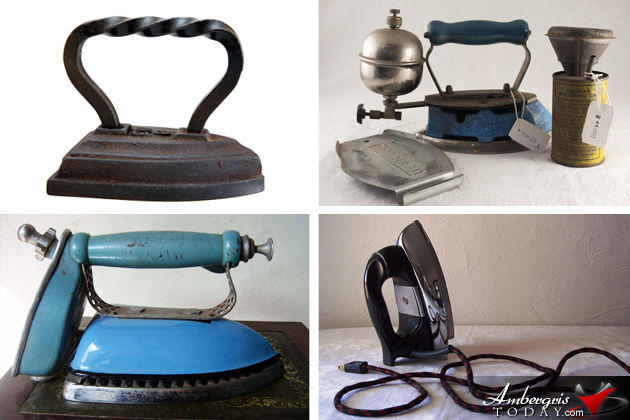 Earlier I wrote about the solid metal irons that required heating over a hot plate or on charcoal.  Those were pretty rudimentary but you can bet your sweet lip that, just like today, man does not sit back and remain in the old fashion. Soon someone came up with the idea of a gasoline-powered iron that saved time and could be used indoors. Actually it was pretty cool when someone invented the Coleman Gasoline Iron. It was made between 1929 and 1948 in blue, turquoise, and green enamel and included a stand, fuel can, pump and extra generator. The pump was used to build up pressure in the fuel tank. 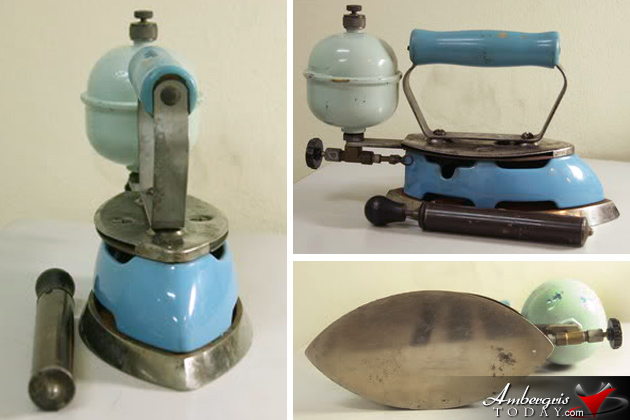 This spectacular iron arrived in San Pedro in the early 1950’s and was a grand innovation and everyone wanted one. Here is how it worked.  A match was lit underneath it to make a flame inside the iron. Fuel irons were an improvement over earlier irons that had to be heated on the stove or heated by charcoal. Fuel irons were lighter in weight and their temperature more even, but they made ironing a potentially dangerous job. Gasoline, alcohol, or kerosene, and other fuels could cause a fire or explode.

It was precisely for this reason, that it was dangerous, that someone came up with the kerosene version of the gas powered iron. As you know kerosene is less explosive as a fuel, so this iron worked on the same principle of a gasoline iron but was less dangerous. In the 1960’s when someone brought the first kerosene iron to San Pedro, everyone rushed to make the revolutionary change from gasoline to kerosene irons. They were a bit more bulky and heavier but did offer a higher sense of safety. 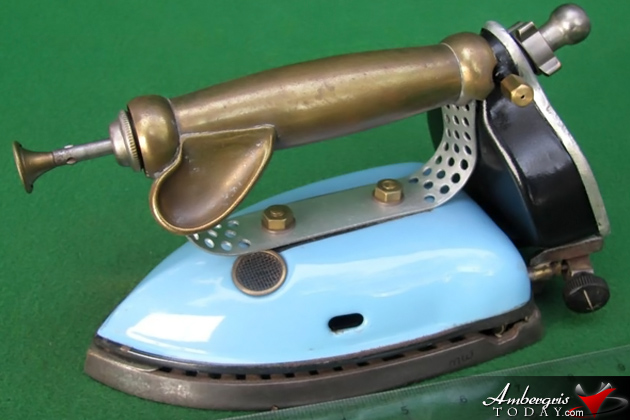 Now despite the high degree of possible accidents and fires or burns with these fuel powered irons for ironing clothes, I do not recall in the history of the village of San Pedro of any such accident, praise the good Lord. What I can tell you is that the high amount of heat generated by these irons around the iron itself, ironing was a pretty hot, experience- hot in the sense that one’s hands and face were literally hot after an hour or so with these gadgets. Girls who ironed took a shower before the task, and if they ironed first, they were required to wait for an hour or more before going to the shower to allow the body to return to its normal temperature. 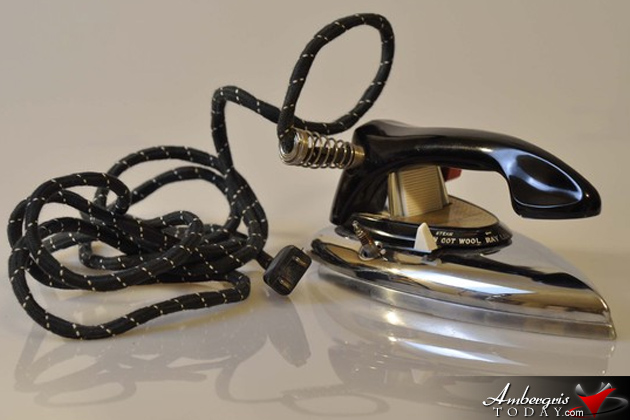 Were children allowed to iron? Obviously not! Did anyone get up and iron a uniform early in the morning?  Not!  Ironing was done when there was a sizeable bundle of clothing that required ironing, and done mostly on a Saturday afternoons in preparation for the week ahead. Was ironing fun?  I would say just as much as ironing today is. And now the magic question. When did the modern electric iron come to San Pedro? Put it this way, electricity did not come until the mid 1960’s, so a good guess is that the amazing electric iron did not reach us until the 1970’s.

And there you have it folks, the stories from the prehistoric metal irons to the electric irons. Interesting how today a woman at the iron is complaining that the steam is not coming out automatically. Or interesting how a woman today rushes out of church to go home and check if she unplugged the iron. I wonder if anyone in the 1950’s left church to go home and check whether she turned off the fire of the gasoline iron, or in the 1940’s anyone went home and see if she left the iron over the charcoal at the fire hearth. Very interesting stories of twenty five years ago in our beautiful village of San Pedro, on Ambergris Caye. 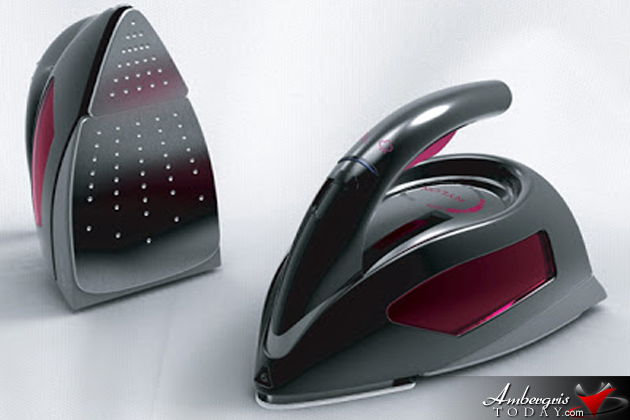 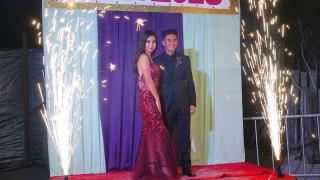 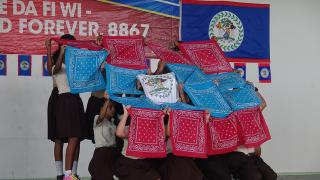