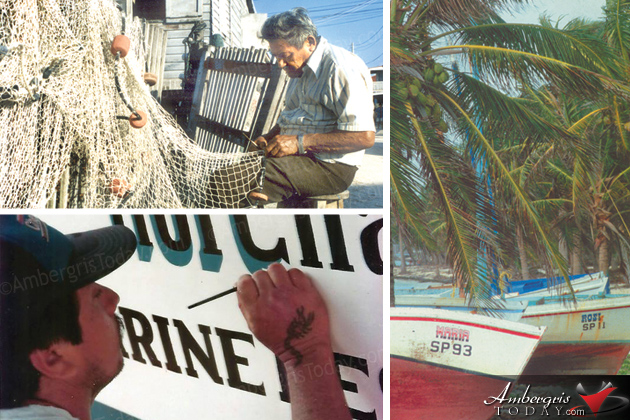 Remembering When WE USED TO… in San Pedro Village No. 8

There are so many things that USED TO  be different in the village of San Pedro back in the 1950’s and 60’s and when we remember them we even become nostalgic. Oh how do we wish we could go back in time to re-live those wonderful experiences! This is how I recall the following.

NAMES OF BOATS:   Thunderbolt, La Gabiota, La Pachanga, Seaduced, Still Catching Dreams- these are a few modern names given to various boats in San Pedro. The families in San Pedro of yester years would have probably made a big fuss if the men in the families opted to such fancy names as these.  We USED to do things differently in San Pedro.  It was very simple but meaningful. These are the names given to boats in the fishing village of San Pedro: Marisela, Luisa, Carmelita, Teresita, Patsy, Martha, Anita, La Lupita, Zeida, Kathy,  Mirtha, Leni, Nitty, Bertha, Alice, Luisita, and of course, Elsa P and Ema V.

You have probably guessed by now that these were the names of wives and daughters in the families.  Why female names is anybody’s guess, but I guess you will agree that these names certainly had a better ring than Francisco, Fashico, Tomas, Tiburcio, Guillermo, Genaro and Gustavo.  My dad had two boats so he named one Anita after my sister and my mother but he did not name the second one after any of his boys. He named the second one El Bonito.   It was a tradition, and what a romantic tradition it was. 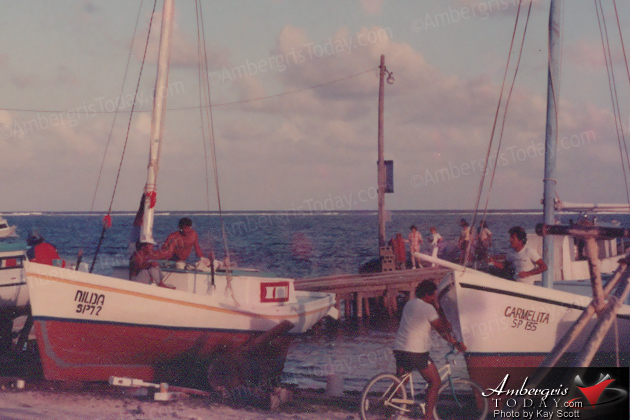 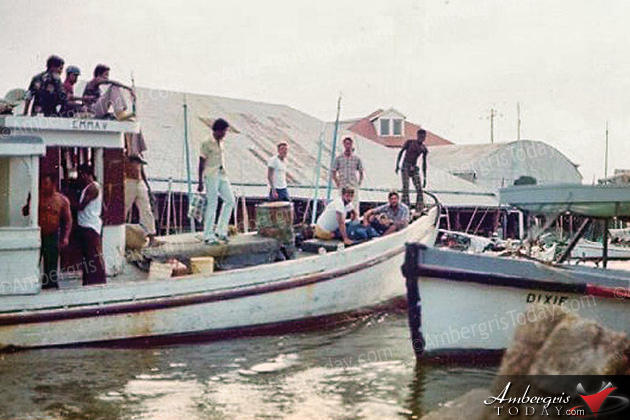 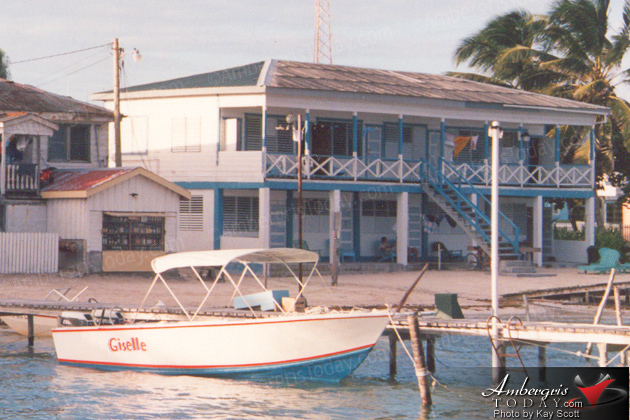 MAKING FISHING NETS:  There USED TO BE cast nets (tarralla), gill nets (red para tiburones), seines (red para lanciar), and there was also the bait and shad scoops, (jamo).  Most children and teens today do not know how these fishing nets look like nor their uses. Well in days gone by we not only learned to use these fishing nets, but also to fabricate them.  It was called the art of “Tejer una red” or the art of knitting fishing nets. Actually from an early age, perhaps about ten years old, children were taught by their dads how to make fishing nets. I will not lie to you but many moms also USED TO knit fishing nets and helped dads when the job was a big one, like in knitting a seine. I will admit that I learned to knit cast nets but shamefully I forgot the art because I did not practise it on a continual basis. 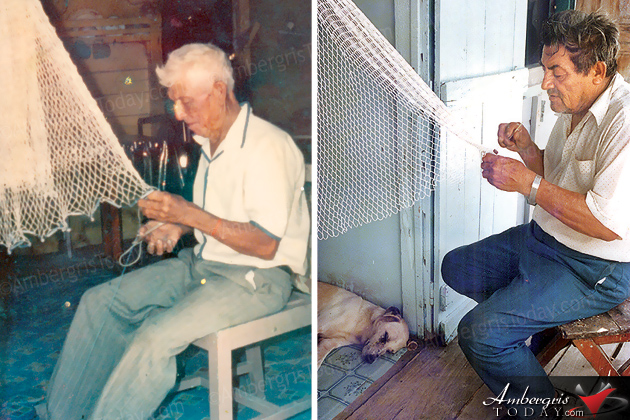 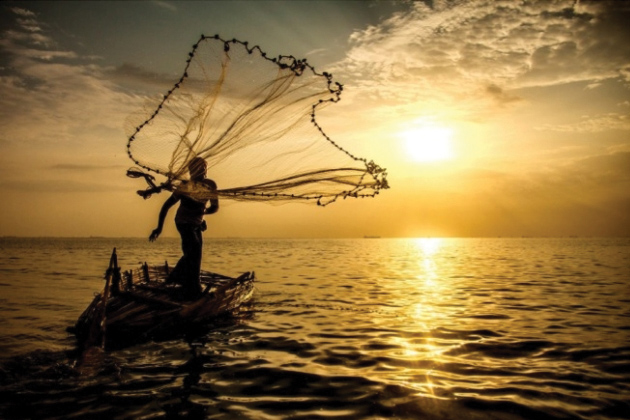 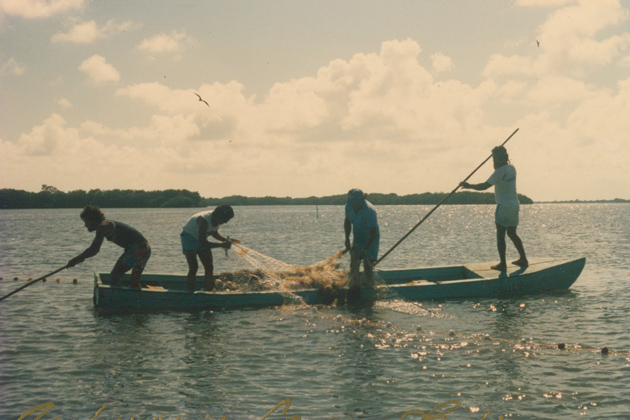 Sanpedranos at the lagoon with their seine net

So it is that Twenty Five Years Ago takes a nostalgic look into the past at how we USED TO do things in the village of San Pedro or when or why? 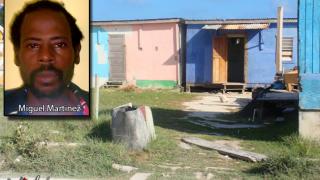 An Act of Self Defense 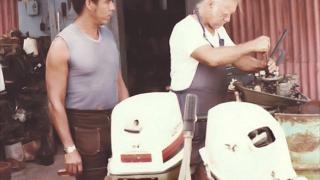 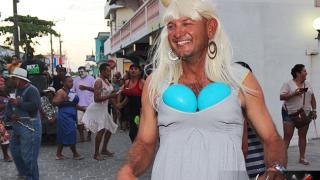 Yes! This is Carnaval in San Pedro, Belize