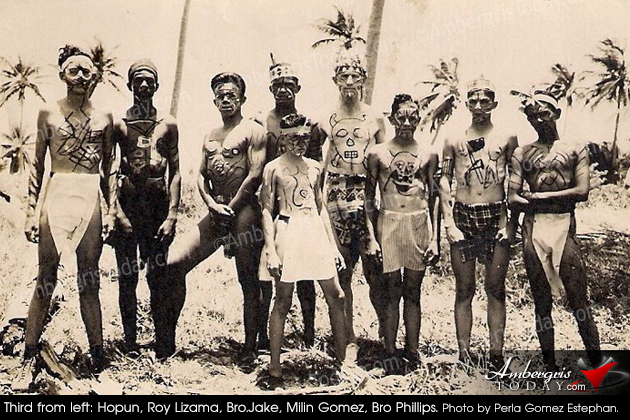 When is the last time you saw a group of Scouts in San Pedro and in uniform engaged in some activity?  Years ago in San Pedro we used to enjoy their company for an entire three week period right here in the village.  They came here to enjoy the sea and Island life, but we, the children of San Pedro enjoyed them just as much.

Where was their headquarters? The San Pedro Roman Catholic Church was a wooden building with a U-shape facing the sea. The left side was the church; the middle the kitchen and dorms; and the right side was called the Scout Room appropriately named because it was their headquarters. It was locked up when they left the San Pedro and we got to use it for about one entire year as our classrooms when Hurricane Hattie destroyed our school in 1961. 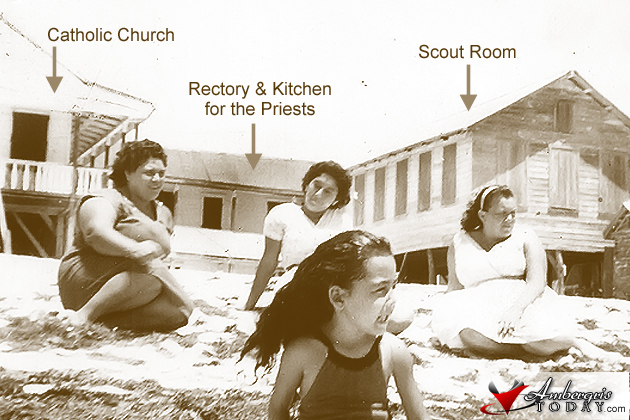 Every morning, responding to a bugle call, the scouts lined up in uniform in front of the police station for a salute to the flag of British Honduras and the Union Jack to the tune of a bugle band. The San Pedro children loved this ceremony and admired the scouts’ musical talents.

The scouts then attended mass, which was celebrated at the primary school, a building situated between the police station and the sea. The Scouts participated in a variety of sea activities. There were dory races and swimming races and other spectacular land and sea competitions. One in which we delighted was a battle in which one trine scout tried to knock his opponent out of is canoe using a pole with a piece of rubber covering the end. They also had very long dories, which we called "Pipantes" and could seat some 10 persons. These provided spectacular team races from the shoreline to the reef and back. 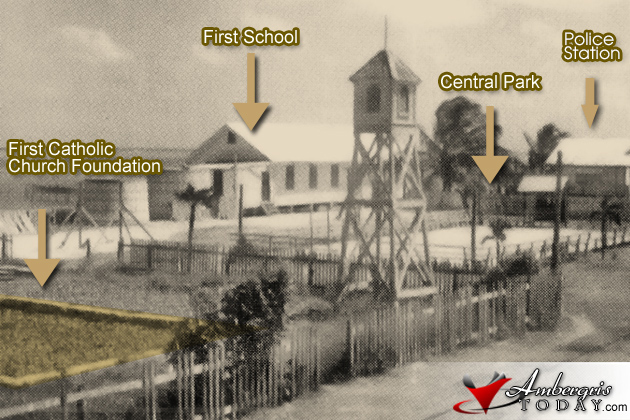 The scouts had made a floating raft called a "Katrinca." It was basically several empty drums inside a wooden Structure. It was anchored offshore and provided a swimming target and a resting point midway towards the reef.  The children enjoyed seeing how the Scouts communicated from the raft to the shore using flags and some coded sign language. 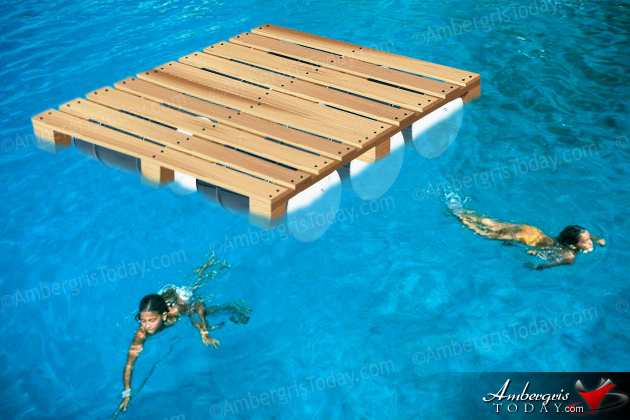 At mid-day, once again to the tune of a bugle call, the scouts lined up for lunch. One of the older scout leaders was Brother Jacoby. He was a scholastic and a well loved leader, kind and generous an excellent chef and disciplinarian.

The "Old Man Grouch" was a popular weekly activity by the scouts. Just after dark, the scouts disguised themselves as red Indians with feathers and loincloth. They lit kerosene torches and marched into the bush around present day Yacht Club Area.  They carried a coffin, which contained evil spirits. There was the evil spirit of Pride and the evil spirit of Dishonesty. There were spirits of Arrogance, Lies and Theft. In the bush they used to light a huge bonfire and dance around the fire prior to burying the coffin with the evil spirits. They spoke in strange languages, danced Indian dances and acted weirdly. We followed at a distance, inquisitive, yet scared as hell, I guess because of the coffin, something that we found very bizarre.
The scouts made many friendships in San Pedro and their departure brought some degree of nostalgia since they enlivened the village during their stay. With their departure San Pedro returned to the quaint sleeping village that it was twenty five years ago. 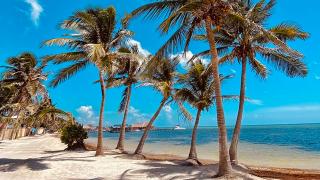 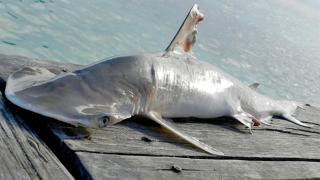 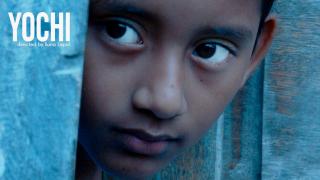