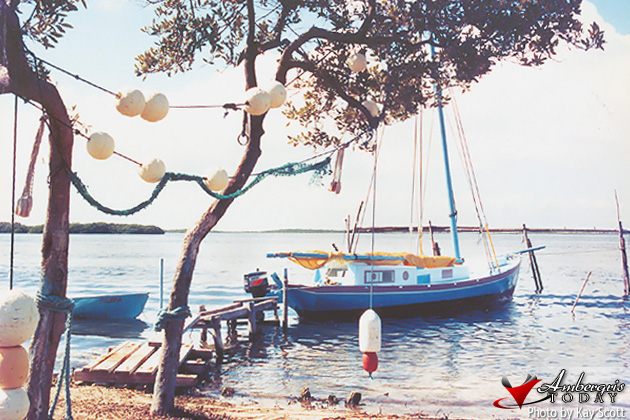 I have been trying to keep out of all the controversy with the proposal of the changes to the football field and the famous boardwalk, and have managed to do soup to now. You know there is an interesting history to that field and that is just what I intend to do right now. I hope I don’t need a series of two or three columns.

Back in the early 1950’s that field called plaza was half covered with high weeds and shrubs or what we can call bush. It was a perfect place for us children to play hide and seek, catch dragonflies (tulish) in the daytime and catch fireflies (lucernas) at night.  No sport was played there.  The western half towards the lagoon was a swamp with some mangrove.  Sometime in the early 1960’s our Area Representative, Louis “Cuz” Sylvestre” arranged for the field to be land filled using a dredge anchored right in front of Central Park, the police station and Spindrift Building.  Huge metal pipes ran right across the island, right through Barrier Reef Drive and Pescador Drive, straight to the field.  Funny but no one asked for a dredging permit; no one asked permission to cross the streets with the pipes; and no one asked about land filling the field and swamp which is what we know as Saca Chispas today.  The village alcalde knew about it and agreed and everyone welcomed the change.

Since then Sanpedranos started playing baseball there because football was unknown to the island.  Enough on the field.  Now for its surrounding area. From the back street area around Juvini’s Bar all the way to the lagoon was the village dump site for the village garbage. When the garbage piled up to about five feet high, the village chairman called for a workaton (fajina) and the men came out to burn the garbage and rake it down to level the street and surrounding properties.  That went on for some 20 years.

Now listen to this.  At the edge of the lagoon the villagers had constructed a short jetty or pier extending for about 30 feet. At the end of the pier, there was a small wooden latrine or outdoor toilet used by the village men and boys.  The custom was to have outdoor latrines in the backyards used only by women and the men had to go to the public toilets. Each street going to the lagoon had its pier with public latrine.

You know there were some infamous fish there that used to eat the sh_ _ (feces) as soon as it hit the water.  These fish were more infamous than today’s Lion Fish.  And one more thing, the fishermen used the short pier to process and clean their fish washing them in the lagoon water only a few feet from the latrines.

The first thing to go was the public latrines just a few feet off the shores of the lagoon.  They were ripped down and no more.  In the 1970’s with a very prosperous fishing industry all the folks built fine ones designed with septic tanks and there went the practice of outdoor latrines and the public toilets on the lagoon.  Then later on the village council decided to close down the garbage dump sites due to health reasons and moved it, guess where?  Along the airstrip in the low lying areas that needed filling. 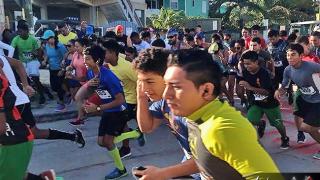 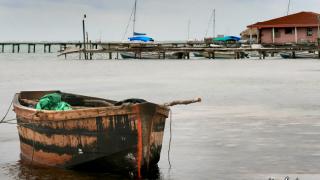 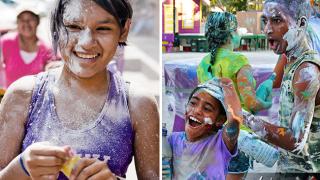