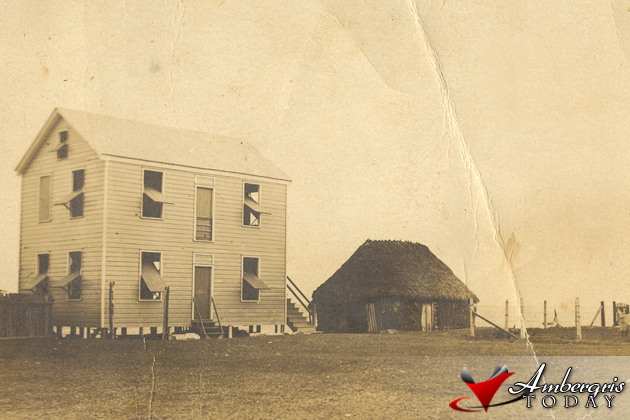 I always heard my father talking about going to school with Teacher Palomo and then with Miss Signa Yorke in the 1930’s.  Then I read in “The Little World of Danny Vasquez” that he attended classes at the R.C. School in the 1920’s, so I know that the very first school in San Pedro was built around those dates.

The very first school was a two-storey wooden building that easily accommodated some fifty students. It was located right on the beach between the central park and the sea. A thatch house was also built in the compound to provide housing for the teacher.  The building was built by the colonial government but the upkeep was by the people of San Pedro.

This historic first building was destroyed by the hurricane of 1942, but fortunately it fell to the ground but most of the lumber was salvage.  The villagers joined forces and re-built their school except that this time around they built it a little longer but as a one-storey structure.  This was the building where I grew along with my friends in the 1950’s.  The east end of the building was about five feet high.  The opposite side, the west end was only about two feet high as it was almost buried with sand.  The south end, as I can recall, was about eight feet high.

There were no partitions for classrooms.  A few chalkboards separated the various classes. At the north end of the building was a large storage room where the teachers stored powdered milk and flour which was given to the parents to provide a recess snack for the children.  Also you can notice on the north end of the property two huge wood vats where rainwater was stored for the school children and also for the villagers.  And just behind the vats towards the beach was a large pit latrine.

The second R.C. School brings back many memories of our schooldays in the 1940’s and 1950’s, like playing softball right on the beach with homeruns landing in the sea, or going downstairs for some classes on hot days.  Then of course, who can forget being taken to the store room by the principal for a good lashing whenever he misbehaved or was too lazy to do his or her homework.  Rumors had it that a British soldier had been murdered underneath the school and everyone was afraid to pass by this building at night because we heard the ringing of the bell and also the cries of a dying soldier.  But to end on a more pleasant note who can forget the nice stage inside the school with its magnificent curtain and the many shows and concerts held inside the school where the entire village of some 300 attended.  This fine R.S. School was finally totally destroyed by Hurricane Hattie in 1961.  Thus came to an end the first and second wood school buildings in San Pedro to be replaced by government with a concrete one in 1963. 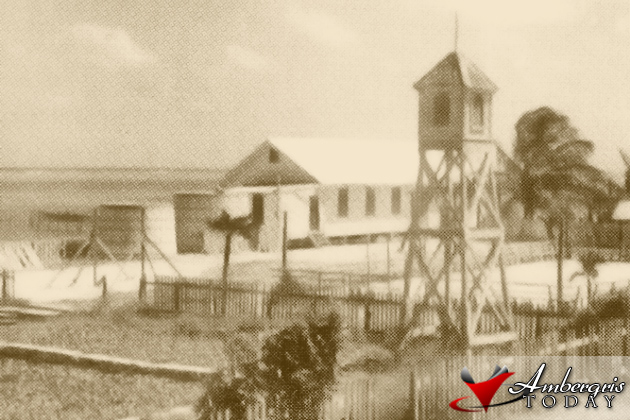 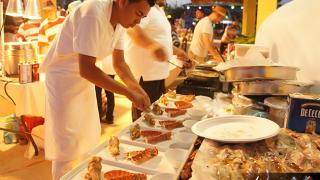 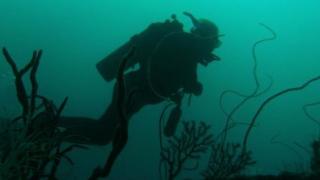 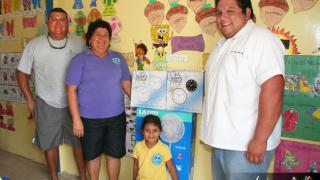