I have recently downloaded some music from the internet and listened to it with interesting melancholy. This is music from the 1950’s and 60’s, and I could not help conclude that music of that epoch is indeed very romantic and that today’s composers or song writers are so far from this romantic feeling.

Just listen to the lyrics of a few songs to see how romantic these old time composers were. “Sólamente un vez, ame en la vida. Sólamente una vez y nada mas.” Imagine a man confessing that he has only loved once in his life and that person is this girl.

Imagine how special a young lady feels with this confession of a beloved one. Here is another one: “Cuando calienta el sol alla en la playa, siento tu cuerpo vibrar cerca de mi. Es tu palpitar,es tu cara, es tu pelo son tus besos, tus caricias,” Here the young man confesses that he feels the presence of his loved one at all times of the day beginning with the early morning sun. He feels the beating of her heart, her face,her hair, her kisses and her caresses.

Wow, what a romantic way to admit that a young lady is everything to you.

What kind of nonsense is this in song? And here is one that takes it to the limit: “Rata de dos patas, me saludas a tu madre. Me estas oyendo inutil?” Let me translate this very romantic verse in today’s song. It says “You are a rat on two legs, please say hello to your mother.” And then it concludes, “Are you listening to me you useless thing?”

Don’t you agree that this is the limit on what someone can say when he or she is vex with a loved one?

Twenty five years ago, even if a young man was disappointed and sad with the breakage in a relationship, he was still courteous and gentle with her, after all it is a woman. Listen to this young man whose heart has been broken: “Sombras nada mas, entre tu vida y mi vida, sombras nada mas entre tu amor y mi amor.”

Of course sombras means shadows,so the young man confesses that there are only shadows between him and his girl, shadows between their love because she is gone. Notice that he does not get bitter like the one above who calls his loved one a rat on two legs and then proceeds to call her a useless thing.

I will leave with this final one that says: “Ben, the two of us need look no more. We’ve just found what we’ve been looking for.” Here the girl sings to her beloved Ben and in the introduction of the song tells him that they need not look anymore because the two of them are meant for each other and that they have both found the love of their life. This is romantic. This makes any man or woman feel very special. This is the inspiration of song composers twenty five years ago that tells us that it was an era of great romance. 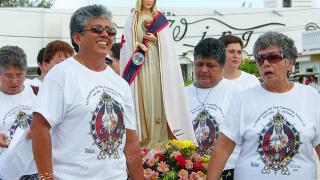 Our Lady of Fatima Statue Coming to San Pedro 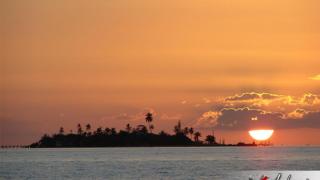 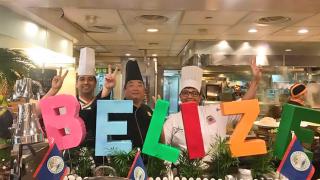