Jose Pacífico is his name. Most people call him “Spanish” here in San Pedro, a nickname that stuck to him like crazy glue. There are many people who do not have an idea of this young man, but those who can recollect back to the 1970’s will remember Spanish as a great influence to the youths of San Pedro.

Jose arrived in San Pedro in the early 1970’s, and because he came from Spain, people called him El Español or Spanish. We all first knew him when we discovered that he was a great soccer player and athlete and we quickly embraced him into San Pedro’s team and pride of San Pedro, Los Atleticos.

Jose trained the team and led them into countless victories. He scored an average of two or three goals per match until the opponents learned about him and tried hard to get him injured, and they did to a certain degree. Jose gave his life for this sport, and all the children had him as their role model. He was dedicated to this sport and lived by contributions made to him and jobs that were made available by countless friends in town.

Somehow Spanish became a friend of Don Severito Guerrero, an elderly citizen who lived alone in his “cocal”. Don Severito accepted Spanish as a son and he lived there taking care of him until his death. He cleaned the place and made a museum of the property.

There he met and married to Margarita and they lived a happy and religious life for many years until she left San Pedro to return to the United States. While they were a married couple both Jose and Maggie did a lot to promote youth activities and culture.

They were organizers of the carnival comparsas and fabricated some of the most attractive floats ever in San Pedro for their use in festivals and the independence celebration parades. Many Miss San Pedro’s were paraded around town in floats made by Spanish.

Spanish took care of don Severito until his death and was rewarded with some property. Before the death of don Severito, Spanish also learned to play the trumpet from him, and I believe he still has one, which he pulls out from time to time.

Spanish was a role model and a very respectable and respected man in this community. Unfortunately, he is not as productive today but a lot of us have a lot of respect and admiration for him. In his earlier days he was a positive influence for young people and advised so many of them to keep out of alcohol. Sadly, today it is not the same, but I do believe that God has a plan for all of us and our lives. Today, this column, Twenty Five Years Ago, wants to salute and say “nuff respect” to Jose “Spanish” Pacifico, a hero of the 1970’s and ‘80’s.

Photo Caption:1. Spanish participates in a skit with Gilberto Gomez at a Lions Club function. 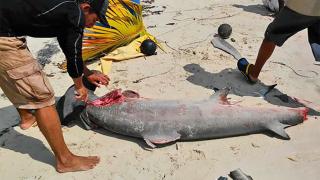 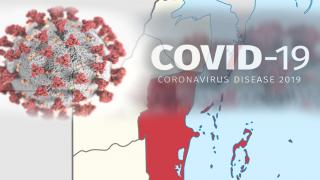 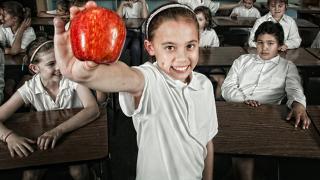