I have recently received a very heartwarming letter from one of my ex-students and graduate of San Pedro High in the 1970. The person is Steve Krueger whose father was the owner of El Pescador Hotel and who lived here in San Pedro along with his parents and family. His little brother was Robert and his little sister was Jeanine Krueger.

Steve Krueger reminded me of his wonderful days at high school and his involvement in sports in San Pedro. Steve was the goalkeeper at school and in the local amateur team Los Atleticos. Therefore let us reminisce about the team Los Atleticos. This team was comprised of all Sanpedranos or at least of young men who had lived here for many years. They were not “bought” players as we have in semi-pro football today. This team was the pride of San Pedro and brought victory and glory and fame and unity and pride and entertainment to the people of San Pedro for many years in the 70’s. It was the champion team of San Pedro and all the young men had the admiration of all the young ladies at that time. The team matched strength mostly in San Pedro and defeated some of the leading teams at that time including teams from Sarteneja and San Juaquin and Belize City, which were the best of the best.

Los Atleticos was led by a recent newcomer to the Island, whose name was Jose Pacifico, but whom everyone called “Spanish”. Spanish was an excellent player, a forward who scored two or three goals per match. Spanish was extremely agile and had excellent foot control of the ball. He was a sight to behold as he played with heart, mind and soul.

Then there was Steve Krueger who stopped the impossible goals. He would leap in the air like a bird and brought many a ball that was a sure goal. He was brave and his heart was that of an eagle. He was young and handsome and had all the girls in San Pedro running after him. Of course we also recall some of the young men in the high school who formed part of this magnificent team.

They were Felipe Paz Jr. whose head was as tough as a coconut. Nobody passed him in the defense line. There was Samuel Gonzalez who was also formidable. And there was Omero Graniel whose forward moves were admirable, like that of the world famous Maradona.

Raul “Coco” Gonzalez was also a renowned forward player who caused one to hold his breath as he zigzagged his way along the field. Francisco “Pancho” Verde was another defense with a kick of a horse and Jaime Guerrero with another “patada de burro” or kick of a donkey.

Oh yes, we cannot forget this young Guatemalan person whose name very few people discovered but whom everyone called “Chapin”, because that is how Guatemalans are called. Chapin was a superb forward player.

If my memory serves me right there was this short stocky and dark-skinned young fisherman whom everyone called “Pele”, after the world-renowned soccer player from Brazil. He did honor to Pele’s name. He was brilliant in the midfield. And there was another young Mexican named Jaime. This guy was so small, so slim and looked so feeble, but was a sweeper and when he was in the defense line, nobody, I repeat, nobody passed him. He could kick that ball from one end of the field to the other. I tell you this young man was fearless and powerful.

With this description you can figure out that the team was formidable. When they played all of San Pedro went to the football field to cheer for them. San Pedro really loved them. They were the idols of the times. When they played, there were no tickets sold like in professional football, but some young ladies passed the caps around and people donated freely for the team.

There was even a fan club that made barbecues, and plays and skits to raise funds for Los Atleticos. They were the pride of San Pedro. They were the role models to all children and teenagers. When the game was over, Spanish would carried on shoulders for the many goals he scored, or Steve Krueger was be carried in the same fashion for the many goals he stopped. These were the Atleticos twenty five years ago, and how we missed them. They would beat any semi-pro team of today; you take my word. 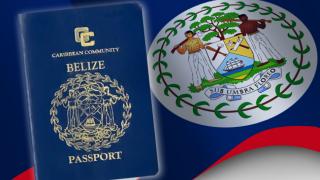 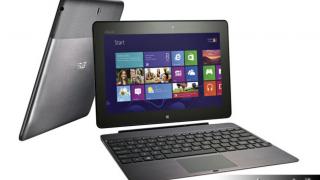 Embassy of the Republic of China, Taiwan Donates 60 Tablet Computers 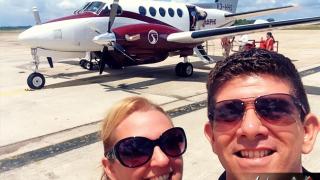