The Things I Miss About Christmas

Yes, I miss the hams, apples, pears, grapes, live green Christmas tree, and the house parties on December 25. But there are a few other things that we miss about Christmas 25 years ago.

The “Posadas” was a big thing in the 1950’s and 60’s. The posadas commemorated Mary and Joseph looking for a room at the inn on that cold winter night when Jesus was born. In the posadas there is a group of people in a procession who are singing for hospitality in the inn.

The group of people in the house represents the people in the inn, who deny such hospitality. After pleading to those inside, the door is finally opened, and everyone gathers inside to celebrate and pray. In the posadas the village people - men, women and children participated actively because there were goodies like soft drinks, cookies, candies and party favors given to everyone.

Every night from the 16th of December to the 24th, the posadas attracted some one hundred people who came out to pray for nine consecutive nights. You can know that in the peaceful little fishing village in the 1950, when very little was happening, the posadas was a religious festivity that people eagerly awaited with anticipation.

But that’s not all that we miss about Christmas in the past. Those bitterly cold northerly winds used to penetrate the body and really chill you up. They were an authentic reminder of Christmas and the snow in the north.

I mean the colds back then were really cold. The only thing it did not do was snow. To go out in the daytime you had to wear some warm jackets and if you went out in the night you had to wear two or three pieces of clothing to be able to keep warm. People even covered their ears like you see people do in the United States when it is snowing.

In bed we used to cover up with the regular sheet plus another blanket or two. The fishermen refused to jump into the water in those cold winter days of December. They used a special net attached to a long pole to catch the lobsters. And why do I say that we really miss a bitter cold weather? Because it reminded us of Christmas. It was different. Imagine a Christmas with sunlight or worse yet with rain, it certainly takes away some of the spirit of Christmas.

I want to tell you another thing that I really miss about Christmas 25 years ago and it is the Christmas songs and music. Back then as we got into the month of December our teachers used to start drilling us with songs like The Silent Night, O Little Town of Bethlehem, Joy to the World, Jingle Bells and Santa is Coming to Town.

The songs really filled the heart with joy and peace. They made us want to be in touch with Jesus and with Santa, of course. Jim Reeves used to sing the most beautiful Christmas songs.

The way children used to play their toys was a beautiful sight 25 years ago. December 25, you would see children running the streets playing cowboys and arguing because he shot with his mouth and the opponent did not fall to the ground. The girls played all day with dolls and tea sets and tried to be as clean and meticulous as mama. Today the kids will probably be playing their games on the television with some X Box and you will not see them enjoying the spirit of Christmas because they do that everyday anyway.

It is different; trust me. Kids today need something really big to get excited. Back then, a little gun that used pop shot could get an entire neighborhood of children into a daylong game of cowboys and Indians. Yes, I really miss seeing children enjoying simple toys in a simple way of life. Another thing I really miss are the toys made at home twenty five years ago, but that will be the subject of a column all by itself. Until then, Merry Christmas and a prosperous New Year. 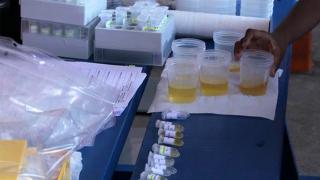 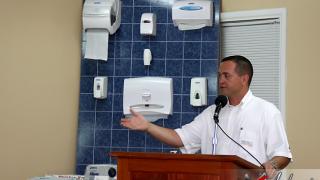 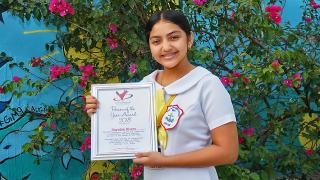