Before I start on this topic, I want to mention that I had a lot of fine comments on last week’s article on “Kasham”. Apparently a lot of people identify with it, and I learned that it was also a favorite candy down south as Norman Eiley told me that Creoles say that when one chokes on Kasham, you have to eat horse shit. Now I don’t know the reason but it is true. Kasham is very powdery, so you have to watch that you do not choke on it when savoring it.

Apart from Kasham, there were many items kids took from door to door in trying to earn a few cents to help the family. I have mentioned that there was the tableta, coco brut, (in Creole we say cotobrut) fudge and piñon. Moms also made a nice bread pudding with raisings which sold at ten cents per piece. There was also the “dulce de pan”, which was not a pudding but whole slices were used. A favorite item which guaranteed a sale was the sweet potato pudding. When baked over the fire hearth, this dessert sold like hot cakes. “Pan dulce” and “pan salado” (both types of Creole breads) were good sales also. Hey, don’t you ever forget the coconut panades or the coconut tarts. They are simply delicious.

On the snacks side of the table, kids also took from door to door goodies like the famous shark panades. Of course any type of fish made great panades. There were also the garnaches, which is a fried corn tortilla covered with refried beans and having raw onions and grated cheese as toppings. Enchiladas were commonly sold door to door also. They are corn cakes rolled with a tomato and onion sauce with some cheese as topping.

Pepitoes, which are pumpkin seeds) were roasted and salted and sold at five cents per packet or the amount you get today for a dollar. They were called “macobi seeds”, which is what one suffers when he misses his girlfriend. Nostalgia, right? Young men used to love to take pepitoes when they visited their girlfriends at their house.

Any other thing you can think about. Yes, how about those Ojaldras, as delicious as those coming from Casa Pan Dulce. But now let us look at more exotic things that were also offered from door to door. There was smoked or barbecued bony fish at ten cents each. There was smoked “jurel negro” (some kind of jack fish). There was smoked tarpon at ten cents for a huge three pound slice. At times the kids offered whole boiled lobsters at a ridiculous ten cents per lobster. Jew fish fillet, turtle meat and manatee meat all sold at ten cents per pound. A bundle of firewood also sold for ten cents. An entire crocus bag of dried coconut husks carrying 25 husks earned you ten cents. Was there anything that did not sell well? Yes, shoes did not sell. Nobody wanted to wear them.

Point of observation: kids were not ashamed of selling goodies on the streets. They and their parents were very creative, and they not only helped themselves with some pocket money, they also helped their families to make ends meet. And I know you will ask me if I used to sell any of these. Well, very proudly, yes. I used to sell a lot of coconut husks, and not a penny went into my pocket. But I used to dive and clean and sell a lot of conch, and that did go into my piggy bank twenty five years ago. 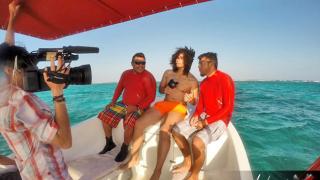 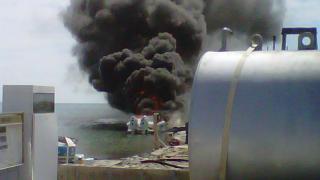 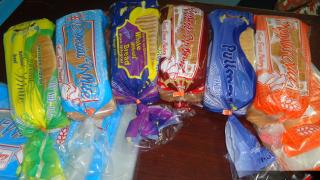