Last week I hit in summary form a little bit of history of San Pedro by acknowledging the very first ones. It is good to know where we come from and who helped in the molding and development of our beloved San Pedro. Today, we thank the Chamber of Commerce for doing so much for San Pedro. They too are making history. So here go some firsts.

First Electric Plant: The very first one was privately owned and supplied power to El Casino and some neighbors. The remains still stand in the property occupied by Sands Hotel of Mr. George Parham. The first one to supply some power to the village was at El Astillero, now Sun Breeze Hotel. It belonged to the Blake Family. The first government owned Electric Plant was brought about by PUP area representative Louis Sylvestre.

First Water System: Long before WASA and BWS there were private shallow wells in San Pedro. Everyone had a system in his yard. The first village water system was again a Louis Sylvestre project, which operated 5 wells along the airstrip. It had a pumping station and an elevated tank that gravity fed the village. The first desalination water system was a project of Area Representative Glen Godfrey.

First Hotel: Our first hotel to operate in San Pedro was indisputably the Holiday Hotel, owned and operated by Celi and John Grief. It opened its doors in 1965, exactly forty years ago. Hurrah to the first 5 rooms offered to visiting tourists in San Pedro. The first shower taken by any tourist was done with a hand pump maneuvered by Celi McCorkle. It was not hot and cold, but it was strenuous work for Celi.

First Mayor: The first mayor for San Pedro when it gained its township status was Mr. Gilberto Chico Gomez back in 1984.

First Horse: Horses have never been part of our culture or way of life. They have been exciting when we have had them. In the 1940’s there was one by Tio Mac, whatever. But in 1963 the village council brought one and hitched it to a cart hoping to establish a garbage system. The horse refused to move forward. It gave a few steps backward and then became as stubborn as a mule. Gonzalo “Reds” Lara bought it and offered rides to the guys in town for 25 cents.

First Bank: Those living in the late 1960’s and early 1970’s remember when Scotia Bank used to bring in two girls to offer banking every Wednesday. The office was about ten by ten feet located downstairs of Mash Residence across from the Catholic Church. Great banking- savings and withdrawal with perhaps money orders. (I hear they are coming again soon. Welcome, especially with loans.)

First San Juan Residents: Remember when as long as 1980 the end of the village used to be around Paradise Hotel area? The rest was a dense forest of coconut trees, mangrove and bush. George Eiley and family and Mrs. Leonor Rosado and family were the first to construct homes in the San Juan area when there were no roads, no electricity, no water, no telephones, no cable television, not even people. Hats off to Georgie and Mrs. Leonor for their faith in government because San Juan has indeed come a long way.

Hey, thanks to all the first ones and congratulations for setting the pace for development of our Isla Bonita. More of these first’s next week. 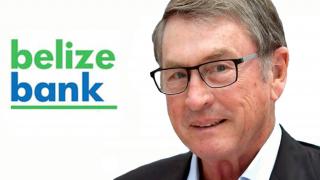 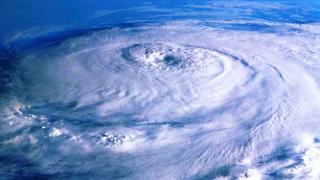