The once small fishing village of San Pedro, Ambergris Caye is now an extended town with some ten subdivisions. Yes, ten subdivisions. We once thought of Belize City as the large city with its colorful subdivisions like Freetown, Albert, Mesopotamia, Fort George, Pickstock, Landivar, Yarborough, Port Loyola, and Bella Vista. Who would have thought that San Pedro would have grown to incorporate Boca Del Rio, San Juan, San Pablo, San Pedrito, Escalante, San Marcos, Mosquito Coast, Colonia San Diego, DFC, and in the near future Ambergris Bay?

The first six subdivisions are now history. The remaining ones are in the making. San Marcos grew to a lovely residential area in the past five years only. This area was subdivided by a private landowner and sold to interested persons. The past town councils have helped in infrastructure including building of streets. Then there is Mosquito Coast with lovely residences where some of the finest residents of San Pedro live. That area was subdivided by Bob Witte of Holiday Lands and made it available to interested parties. Again local government has helped with infrastructure and amenities like cable television have been provided by the private sector. Colonia San Diego is on the other side of the river or the Boca Del Rio and though it is pretty rough living, it is coming along. DFC, named after the Development Finance Corporation that provided the funding for low-income housing grew almost overnight. Godfrey who had control of some of the Caribbean Coves land, made the land available to DFC and about two hundred homes were erected almost overnight. Most of the homes now belong to residents, who once rented; now they are proud owners of their own homes and properties. Most of the infrastructure is in place and mostly landfill is needed to make living a bit more comfortable during the rainy season, but again private owners have to be commended for the tremendous progress they have realized with their own efforts. DFC is looking brighter and beautiful day by day.

So what are the new areas to be developed into subdivisions after the other ten are filled to capacity. There is some room in San Pablo and Mosquito Coast and even San Marcos for growth, but where else to go? San Pedro town core is filled. Only if someone decides to sell can you ever think of building anything new in the downtown. Where else to build? The answer is probable the new area dreamt and created by Patty Arceo, and that is Ambergris Bay. It will take one or two brave people to build there and create the need for infrastructure. After that, I can see people building their retirement homes, and a whole new village will be created. That village will be the eleventh subdivision for San Pedro and will probably take us into the year 2040. By then Twenty Five Years Ago will be Fifty or Sixty Years Ago, and if the writer is still around, we will be celebrating the accomplishments of our beloved San Pedro. By then Ambergris Today will probably be a periodical, a magazine, or a daily newspaper with 50, 000 daily hits in the Internet. Ladies and gentlemen, hats off to salute San Pedro, the little village founded by the Mestizos in 1848 and now the hottest town in the country of Belize. Aren’t you proud you can call it “home”? Twenty Five Years Ago also salutes you for being a part of San Pedro and Ambergris Caye. 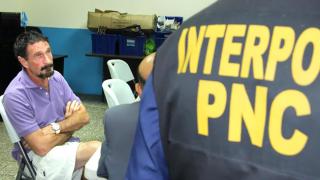 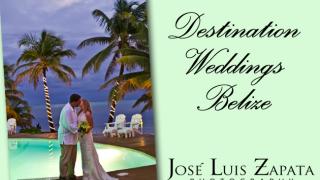 Get Married in Belize! 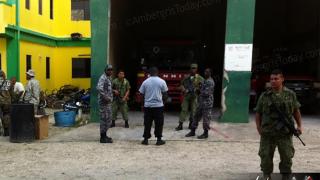