The Good Friday procession re-enacting the death of Jesus Christ is very meaningful today, but it was more impressive twenty five years ago. This was the longest procession ever in the history of the village of San Pedro. Every child in the elementary school attended this procession because the teachers were there with their notebooks taking a list of those who were present. It was attended by every woman and young lady in the village because it was a family tradition. It was attended by every man in the village because generally speaking men did not go to church as often, but made sure they were present at this procession. This once in a year religious ritual was in a way a form of redemption or deliverance from their sins they had accumulated during the year.

The procession was like a movie in black and white. Every person was dressed in black and white, or full black. Every man wore a black pair of pants and a white shirt. In fact, most boys and men only had one black pair of trousers, and it was not worn. It was reserved for this procession. Women were dressed in black too and they each carried some type of headpiece, either a handkerchief, a knitted little cap, or a mantle - a small shroud or veil worn over the head, covering the hair and shoulders.

Back in the 1950’s and 60’s nobody wore shoes. But in this procession every man wore his one and only pair of shoes. Oh yes, going to the Good Friday procession barefooted was like a sign of disrespect. You were not properly attired and people would notice you. Generally speaking, if you wore shoes at any other time, people would think that something was wrong with you, sick or something.

There was music at this procession. A band comprised of horn and several wind instruments, violin, guitar and a base drum provided solemn music during the Good Friday procession. After one mystery of the rosary, and one song from the choir, the band would replay that song or hymn. And the musicians would be so well ironed and upright that you would think they were special messengers from God. These musicians were looked up to as very special and gifted.

Talk about a long religious service. This procession lasted three hours, from 5 p.m. to 8 p.m. The person leading the procession with the Crucifix was said to make one step and counted five seconds before taking another step. One such guy, don Pablito Guerrero, was said to take two steps forward and one step backward. And it was very reverend, no conversation, and very much sacrificial. This three-hour long procession was also seen as a form of redemption from our sins. The analogy was that if Jesus suffered during three hours on the cross, we to could spend three hours in prayer and meditation. Oh, and if you ever sneaked out of the procession, you would hear from your father when you got home and from the teacher when you went back to classes on Tuesday. You would not only hear about it, but feel it too.

The Good Friday procession of yester years is still very vivid in the minds of children raised in the 1950’s. Different persons will tell you it was beautiful, long, solemn, boring, tedious, lengthy, colorful (meaning black and white), unique, respected, venerable, special, holy, long (meaning in numbers), good, long (meaning in time), and the best procession of the year. Only about fifteen people did not go to the procession and that is because they were Adventists, the only other religion back then twenty five years ago. 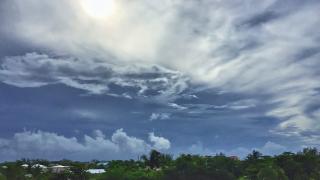 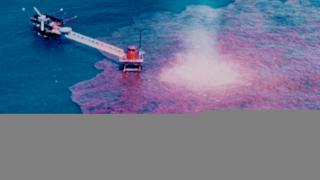 Belize's Black Friday – Say No to Oil Drilling In Belize