Easter is Easter. It is about going to church to commemorate the passion and crucifixion of Jesus Christ and then to celebrate His resurrection on Easter Sunday. Easter is a religious festivity, but was Easter the same in San Pedro twenty five years ago. Of course not.

In the 1950, San Pedro was a quaint and picturesque little fishing village that was very isolated from the rest of the country. While Belize City had dealings with Corozal and Orange Walk Towns, there was very little connection between the city and San Pedro Village. Only a cargo boat would go to the city occasionally to transport some food stuffs for the village. City people did not travel to San Pedro any at all, except for Easter. Therefore San Pedro was quiet for most of the year. With some five hundred inhabitants, the streets of San Pedro were empty most of the day, and all night long from seven p.m. On the streets you would meet maybe five people as you went to the store and the chances of meeting someone on the street after nine at night were practically nil or zero. I mean this place was really laid-back, really slow, really small.

Now for Easter, beginning the Thursday of Holy Week, friends from Belize City started coming to San Pedro to spend the long weekend. They came to enjoy the sea, the beach, and their friends. There were no hotels on the island in the 1950, so they all stayed with friends and family. My dad, for example, always hosted Net Vasquez and his friends and folks. They had been friends for a long time so my dad offered them the rooms and we spread large sheets and blankets on the floor to sleep on while our city friends visited. That was the only time in the year that San Pedro woke up and became alive with hundreds of people visible everywhere. The stores got busy and the few bars too. The beaches were particularly very busy. There were locals and city people swimming and frolicking all about. That was the only time we got to see girls in swimming suits because the locals girls refused to use them publicly until then. The local girls were dark skinned and the city girls and boys were clear skinned. We called them white and cheesy. The dances held for Holy Saturday and Easter Sunday were very crowded, the most for the entire year. They were really special dances with the best bands coming to San Pedro like Los Cañeros from Corozal or Los Atlanticos from Cayo San Ignacio or better yet, Benny y su Grupo from Chetumal. Oh, yes, Easter was special. The local girls reserved their best dresses for Holy Saturday. Thank God they did that, I guess to impress the boys from the City. The local boys still went swimming with their home-made boxers made with flour bag material, and they still rolled up their pants half way up the calves, and they still opened up their shirts half way.

And when the Easter holiday was over, the city folks jumped into the boats and took their ride back to the city. Folks out here teasingly told them that we were only friends during Easter and that they did not remember us for the rest of the year. But that was not so, for when my dad took us to the city, we stayed at Net Vasquez’s residence, a house which I thought was a palace by our standards. So twenty five years ago we can safely say that Easter was a time of meeting old acquaintances, and an occasion when San Pedro became alive and busy. It was not business time because all the visitors were hosted in private homes because there were no hotels or even restaurants. After Easter, the Sanpedrana girls would look at the Sanpedrano boys once again. So you see, back then Easter was really different from today. 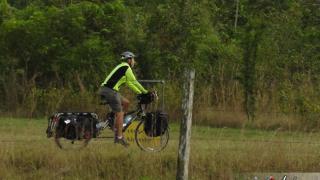 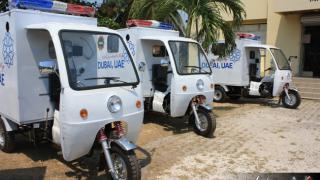 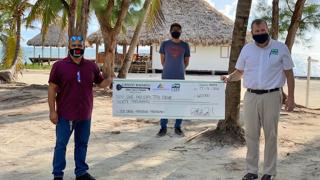