Welcome to Coco Plum Land. This seems like the invitation from those areas where the coco plums abound. However, wherever the coco plums abound, there also seems to be a warning sign that says, “Keep Off”, for wherever the plums abound, there is also an abundance of that wretched poison tree known locally as “Chechem”. The chechem, for those of you who know it, is as bad, or worse than the poison ivy. However, the chechem is not a vine like the ivy. Rather it is a tall tree.

It is easy to recognize the chechem. It is a tree with leaves that are some five to six inches long and slightly ruffled along the edges. During the coco plum season, the chechem is also blossoming and bears some small orange or red fruits, which are not edible, of course. Some people are affected if they touch the trunk or rub against the leaves. Others are affected simply by passing under the tree. Others, like me, are affected even if they pass some ten feet away from the tree. At times when the tree is blossoming, one can pass by golf cart along the road and be affected by the chechem that is growing along the roadside.

At first the chechem will create small red spots. It will itch tremendously and upon scratching, it will turn into small blisters. When the blisters burst, the infection will spread all over. The areas that the chechem usually affect are the face, the neck, the arms and legs. The blisters itch and burn like hell. No doctor can cure the blisters of the chechem. They can give you calamine lotion or even injections, but the blisters will persist and the itching will intensify with time. So what is the cure? It is another plant that grows on the island known as hulub (pronounced wholub). You boil the leaves of the hulub and then wash or bathe the infected areas. In two or three days, PRESTO! The chechem is gone.

As I write, I feel an itching sensation on my fingers. This afternoon, as I was driving towards my home in San Pablo, I saw some coco plums by the church and as I was attempting to enter, I noticed the chechem tree right in front of the plums tree. I was only about five feet when I retreated, but I figured I might get a few blisters. If I do not scratch, it will stop right there for I did not really get in contact, but if I do scratch the itching area, it will spread and get worse.

Oh, I almost forgot to tell you about the coco plums. They are white but pink when fully ripe. The flesh around the nut is absolutely sweet, juicy and delicious. Now the seed inside may be cracked and there is a delicious nut inside. There is also a coco plum variety that is black and which islanders believe to be even sweeter. The word coco plum in Spanish is Hicaco, which incidentally is the name of Caye Caulker in Spanish. Coco plums do abound in Caye Caulker also, but that is not the reason for its name. Caye Caulker is one of the few islands in Belize that has two different names in Spanish and English. Coco plums may be eaten ripe right off the tree or you can make a delicious sweet or candy with it by boiling it with brown sugar and cinnamon.

Anyway, do be careful for wherever you see a lot of coco plum trees, you will find the area surrounded by the infamous chechem. Whereas the plum trees seem to say, “Welcome”, the chechem trees say, “Keep off”. Some plants have burrs or thorns to keep off animals. The coco plums seem to have their own security guards. 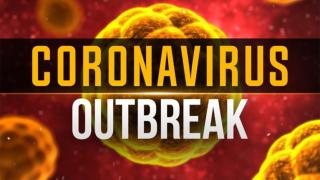 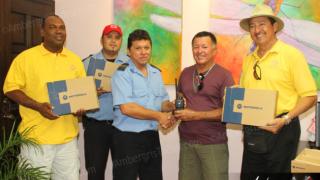