Dancing has always been a special part of custom and traditions. Even in the years before Christ (B.C.) there were dances to go along with special festivities. Today in modern places like Cancun and even San Pedro, you are able to find entertainment and dancing on a daily basis. What about twenty five years ago or let’s say in the 50’s and the 60’s? Which were the popular dances that occurred throughout the year? In a nutshell they were the New Year’s Eve Dance, the Carnival Dance, Easter Dance, Caribeña General Meeting, and the Christmas Dance-five in total. Most dances were held with accordion and acoustic guitars, except for Easter when Daddy’s Club and Marinos Club brought down bands either from Belize City or Chetumal. For the New Year’s Eve, there were two, the “baile de los solteros” (dance for teenagers) and “baile de los casados” (dance for the married couples) I was particularly fond of the dance for the married couples for there I could see my parents and all the older folks do their thing.

However the dance of dances was the Caribeña Fishing Cooperative Annual General Meeting Dance. At that occasion a report was given of the profits of the fiscal year and each fisherman knew of the thousands of back pay money he would receive. So there was reason to celebrate. The best band from Chetumal, Mexico would be present for that occasion celebrated at Central Park. There were some 100 cases of beer and lots of rum for the fishermen. Considering a population of two hundred fishermen, that was a lot of booze. A dance for the children and lots of goodies usually preceded this big bash. Food was served for the entire village, some 500 strong, and the dance went on from eight p.m. to six in the morning. The dance usually ended with some fight of fishermen arguing who was a better diver or who earned more money during the last lobster season. Ladies usually started preparing their dresses one month in advance, and seamstresses like Mrs. Olivia Guerrero and Elia Guerrero, among others, made a lot of money then.

At most dances people danced barefooted, but for the Easter Dance, the guys did put on their shoes, except that they had to remove them by midnight due to the many blisters that developed. To make the dance hall smooth, powder was sprinkled or candle wax was put on the floor. Some ladies slipped and fell due to the heavy moves. Men usually fell due to the excess drinks.

At all dances, mothers or a close relative like an aunt always escorted the ladies. They never went to a dance alone and when mother said that it was time to go home, not even a boyfriend could stop it. At most dances chairs would be provided inside the dance hall for the ladies to sit. The men had to come into the dance hall and select a lady of their choice. If a girl smiled or winked an eye, it was a sign of approval and the gentleman would quickly approach and ask her for the “serie” or set which meant some six songs or about an hour of music. If a girl looked away, you could be sure she would reject you right in the dance hall- an embarrassment to any young man. I can recall a young man going from lady to lady and at the end walked out of the door without a lady wanting to dance with him. Shameful, eh? But that was the custom, so it paid to have good ways and a fine personality with some popularity.

There was a popular thing at dances called “Paloma”, which meant pigeon. A boy would come to a dancing couple and ask for “paloma”. The boy was supposed to allow this guy that asked for “paloma” to dance with the girl (or his pigeon) for the rest of that song or set. If he wanted, he could come back and ask for “paloma” right at the next song, or go ask for “paloma” from a different couple. A lot of fun, eh? Yes, and the reason for a lot of fights and brawls. If you like dancing, you also like music and bands. We’ll talk about the great bands in the next issue. 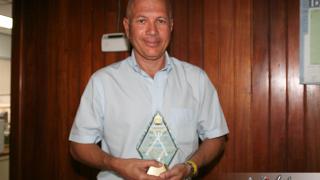 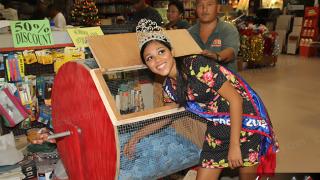 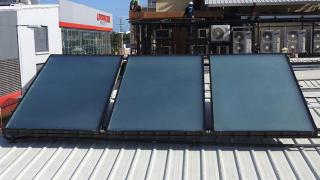