Twenty five years ago the manner of dating and socializing were very much different from today. The younger generation will probably laugh at this but here it goes anyway. Besides sports like softball and baseball and swimming, what did young people do in their spare time to socialize? Boys and girls would walk around the village, 2 or 3 blocks over and over and chit chat until they got tired. They would also sit by the beach under the moonlight and simply chat. That was very pleasant as long as one was with the right company. Central Park was also a favorite spot to meet the young ladies.

Very casual dating was okay and acceptable in groups or outside the house. However, once a boy showed more serious intentions with a girl, he was then expected to formalize his relationship. After writing a letter to the girl’s parents, the parents would respond either with an acceptance or rejection letter.

Why would a father object? Well, the girl was too young, the boy drank too much, the boy was a known playboy or the boy did not have a job. Perhaps there was a family feud. If the parents accepted, they boy would visit the girl at her home from 7 p.m. to 9 p.m. He had to sit inside and chat with his girl and the parents too. Later he would be allowed some minutes outside for a quick goodnight kiss or two. (Writer’s note: Believe it or not, even with this tight regime, there was an occasional pregnancy out of wedlock)

After a year or two of visiting the house, the parents would either encourage the daughter to break the relationship or prod the boy into marriage. Parents, who were early 7 o’clock sleepers, tolerated these house visits for a year only. Others were known to visit for up to 7 and 8 years.

A boy was ready for marriage after about two years of visiting and after he had enough money saved. No parent ever put up a party for his daughter. Friends would tease him of “Darle mujer con cama tambien” that is “giving him a woman with bed also”. Fathers would be happy to help but not take on all the expenses as done today. The novio or fiancé would have to stand all the expenses, which was not much. Four or five hundred dollars put up a big wedding with beer at five dollars a case and music only a few bottles of booze for the musicians. Girls usually got married at age 16 and most boys by the age of 20.

Before marriage, the customary way of socializing was going to occasional dances. Boys who had girlfriends were chaperoned by the mother or some close relative like an aunt. They could hang around anywhere. Girls who were not steady with boys had to sit inside the dance hall where they boys would come and ask them to dance. If a girl like you, you could draw her close to you during the dance. If she did not, or if a stranger, you had to keep a conservative distance, never cheek to cheek. If you got too close, mom would give you a sour eye or she would be taken home before she knew it.

Sailing in front of the village was another popular form of socializing, especially on Sunday afternoons. A boy with a sailing boat was as popular as a boy with a sports car today.

I am amazed that some young people today say that there is nothing to do. They should have lived 25 years ago when there was really not much to do except walk around the village with they boys or girls. I guess when there is love, the right company is what really matters for without television and discotheques and golf cars, we still had great socializing back then. 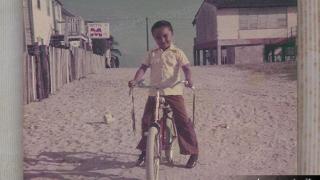 The Laid-back, Sandy Streets of the Fishing Village of San Pedro 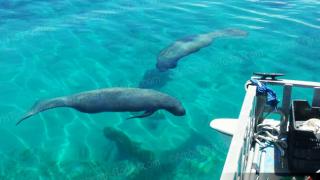 Hanging Out with Manatees in Belize