It is hard to believe that those darn mosquitoes that existed 25 and even 50 years ago, still live on and pester us today. Their annoyance, it seems will never end. Today some people react like this, “ The town council is doing nothing about the mosquitoes and wait too long to spray.” Others will say, “They must be spraying water or kerosene instead of malathion because those insects don’t seem to die.” Still others will complain, “I hope they do not spray with that darn malathion for that chemical is dangerous to human health. It will only help to kill us earlier.”

Now wait a minute! Why all this commotion about mosquitoes as if it is anyone’s fault or duty to solve the problem for us? Twenty five years ago we had mosquitoes probably in larger proportions and yes, we did complain, but never blamed it on anyone. Everyone did what he or she had to do and bingo! Problem solved!

The first and most effective way to drive the mosquitoes away was with smoke. Coconut husk smoke was the most effective and commonly used source of smoke. People simply placed an open coconut husk into a metal bucket and lit it. If the husk caught on fire, you sprinkled some water. A green coconut husk created even more smoke. Some persons used a green coconut with the meat in the shell. Now this smoked for hours. The bucket of smoke was placed to the east of the house or kitchen or any site where the people were gathered. This brought the smoke directly towards the people and that area was assured of being mosquito free.

Another source of smoke that was loved by all the villagers was the dried spines or leaves of a plant known as “romero”. You can still find some of these plants at the back of the island by the lagoon. These leaves gave a pleasant odor, almost like incense, but the mosquitoes certainly did not appreciate it. They vanished just a few minutes after someone placed a smoking bucket of “romero”.

Now, just imagine where these smoking buckets did their jobs. Yes, by all means in front of the house or kitchen where people were gathered at home. It was placed out on the street if people just hung around there to relax. At the dance sometimes during mosquito season, there were two or three buckets placed at strategic points, and you can imagine what the smoke did to the ladies’ perfume. At a wake you could find the smoking bucket. If people congregated to pray the rosary during the mosquito season, which I recall were the first few months of the rainy season, there you would find the smoking bucket. You know, the processions that go around the town with prayers, well even then people placed the smoking buckets all along the route so that people could pray comfortably.

And you will ask, “Was smoke an annoyance?” The other day there was a big deal in Corozal Town when people wanted to see a bakery closed down because the baker was using firewood and that created smoke for the neighbors. Not so in San Pedro twenty five years ago. The smoking buckets with coconut husk or romero were welcome. People tolerated the smoke rather than the mosquitoes. Whenever it was mosquito season, the people did their thing to repel them. Nothing like mosquito coils or skin mosquito repellants. Nothing like a fogger machine nor these electric gadgets that drive away mosquitoes. Twenty five years ago, it was a bucket of smoke that was used to repel those ugly and bothersome insects. Another relief was a walk to the beach because those bugs seem not to like the sea breeze. Now, I wonder how people today would react if the neighbors started placing their smoking buckets all over the town? Should we try it and stop depending on the town council? 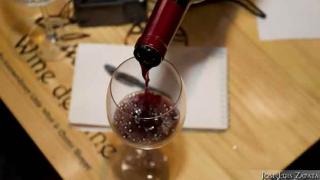 Having a Wine "Devine" Time! 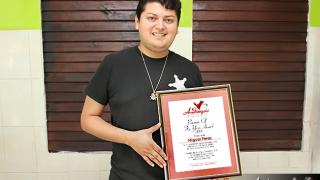 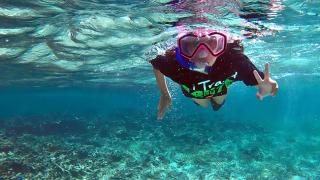