How to Know if Your Wife's Baby is Yours?

I bet you folks from the United States, and all the younger generation in San Pedro do not know of this one. How much do you want to lose? If you knew about it, call me and collect the bet. Have you heard the term "bascas'? This is a sickness that a man suffers along with his pregnant wife.

The word "bascas" is not in the Spanish dictionary. However, locally it is defined as nausea or queasiness or upset stomach. "Bascas" causes a man to want to vomit. Today many factors might cause a nausea- airsickness, seasickness, motion sickness, eating fatty foods, excessive alcoholic beverages, etc. Twenty-five years ago it was common for men to suffer bascas. (some people pronounce it bascos or even bastos) This was only suffered by men whose wives were pregnant. When a woman is pregnant, she has cravings for foods and fruits and junk food. She usually craves for those fruits not in season and which are difficult to obtain. The pregnant women occasionally would throw up or vomit and, believe it or not, some men also throw up and suffer the nauseating discomforts of the wife. These men were said to suffer from "bascas".

The funny thing occurred when a man was vomiting and his wife at home was not pregnant. Could it be that some other woman was pregnant for him. People who held on to this belief ended in quarrels, reproaches, mistrusts, or a big fight to say the least. Then there is the other side of the coin. Suppose the wife was pregnant and the husband did not go through the "bascas" illness. Could it be that he was not the father of that baby? Once again this led to many disputes among couples.

Here is another occurrence that happened twenty- five years ago. A man would be painting his house or his boat. If a pregnant woman would come nearby, that could cause the paint to start running or dripping. The entire paint job would be ruined, and it was caused by her blood that was too strong, according to the viejitos (old folks). This also occurred when a woman who was menstruating was nearby. If the paint would run, it meant her blood was too strong. Similarly bread would not rise and the light cake would not be light if a pregnant woman entered the house and her "blood was too strong". The light cake would turn out as flat as a pancake.

If a woman was menstruating, she would never visit a newborn baby for fear that her strong blood might affect the baby in the healing of the navel. "No quiero lastimar el tuch de tu nene," a woman would say. (I do not want to cause any bleeding to the baby's navel)

Twenty- five years ago a pregnancy was very special, just like today, but it was surrounded by other beliefs and special attentions for both mother and child, and as you can see, for the husband too, if the husband was the father. 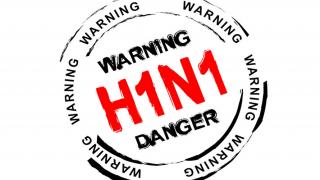 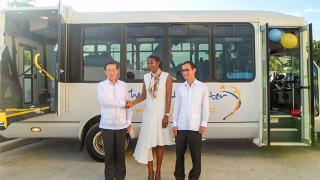 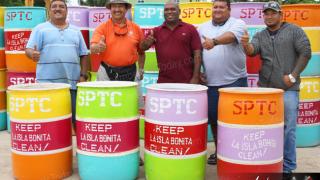