When Lobsters Were in Abundance

Eight hundred pounds of lobster tails in the first day of delivery at the fishing cooperative! Wow! That is heartbreaking. When Edwardo quoted that figure which he had obtained from the manager of Caribeña Fishing Co-operative, I could not help but take my mind into the 1950's when I used to help my dad during the week prior to crayfish opening day and the first day of the season.

First of all the season used to open on July 15 and not June 15 like today. The week before, we used to make the rounds and checked every lobster trap called "crayfish path". If there were over six lobsters in the trap, my dad would pull it up and remove the lobsters and placed them in a crocus bag which carried about 50 to 60 lobsters. If the trap only had three or four my dad used to leave them with the idea that they would entice other lobsters to enter the trap. After a while we would have some four to five sacks and my dad would wet the bags occasionally so that the lobsters could stay alive. Believe it or not, lobsters breathe by means of gills just like fish, (I think) but they can remain alive out of the water for two to three hours. They would make a lot of noise at first, but after a while they would be quiet. This is when dad would head to the beach and empty the four bags of some two hundred lobsters into a big wooden container called "Juacales".

These were basically large boxes, which were sunk underwater in a grassy location where they could feed. Everyday the juacales would be placed on a different location where they could get more grass. Also the juacales had to be placed at an inconspicuous spot to avoid the tempting eye of an occasional thief. And one more thing, the juacales could not be too close to the beach where the water got too warm for then you would lose many lobsters. Some people say that the lobsters are only herbivores (feed on plants), but my dad used to feed them in the juacales with conch and fish. We also found out that they fed on the unfortunate ones that were changing shell or were shedding as is said in biological terms.

Opening of the lobster season was a day of excitement. After dragging the juacales to the shore or to a shallow spot, we placed the lobsters back in crocus sacks and loaded them unto the boat. I used a pair of thick canvas gloves, but my dad's hand was so thick that he grabbed the lobsters with his bare hands. My dad delivered some 70 to 80 sacks of whole lobsters. That was about 3,500 lobsters. That would be about 1,200 pounds of tails. However, the fishermen in the 1950's sold whole lobster for four cents, yes, 4 cents a pound. My uncle Genaro who had many more lobster paths brought some 120 sacks. He was considered a top fisherman and at four cents a pound he could net six thousand pounds or about $240.00 on day one. Wow, that was a lot of money considering that a family could live with $20.00 back then.

Day one was an exciting day in San Pedro 25 years ago or in the 1950's. The fishermen would line up at the beach waiting for their turn to deliver their catch of a week. There would literally be tons of lobsters in bags piled up on the beach. After receiving payments, the men would go home to announce their good luck. Bills would be paid at the local store and a new big stock would be bought. My dad usually took time also to purchase two new rolls of chicken wire for his fish trap, some paint for the house, and saved the rest, not in the bank but in a small wooden box which I never found out where he hid it. As I recollect those large amounts of lobsters caught in the early days, I cannot help thinking about how much money that would yield today on day one. Let's see, 3,500 pounds of whole lobster would give you some 1,166 pounds of lobster tails and at 16 dollars per pound that would be $ 18,656.00 on day one. Oh,how nice it would be to live in the 1950's with today's prices, but that would be asking too much, right? 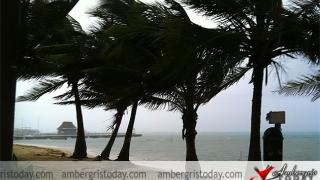 Belize Given All Clear of Hurricane Ernesto 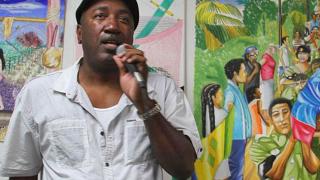 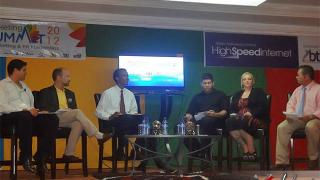