Why Whip the Animals?

Last week's edition of this column carried an article about lashing children at home, the school, on the street and in jail. Certainly that is unheard of today as you would have everybody on your case beginning from Human Rights Commission right down to the "National Alliance for the Preservation and Protection of the Cockroach" (NAPPC). In fact today, it would seem that some criminals have more human rights than we, the law-abiding citizens of this world.

Now did you know that twenty five years ago, animals like cats and dogs were also whipped? No, it was not to train them to do circus acts. It was to train them not to do mischievous acts. Now this might sound like cruelty to animals, so I need to give you a little explanation to this before you condemn the folks of twenty five ago.

Fishermen in those days used to clean and corn their fish and put it out in the sun to dry. Every morning the entire catch of up to ten dozens of fish used to be put on fences, rooftops, or special sticks or wires designated for that specific purpose- drying fish. The fishermen used to call it "pescado salfresco" and after it was thoroughly dry they called it "pescado seco". Here is where cats and dogs come into the scene for they used to steal the fish whenever they were hungry and could not get a bite of anything else. And for this reason, when a fisherman used to catch a stray dog, or even his own dog stealing his fish, he used to lash that dog so it would learn a lesson- and it did. Cats more so than dogs love raw meat and the "pescado salfresco" made a perfect menu for this feline and even for the canine. But the fishermen used to dry a strip of skin from the manatee and twist it sort of like a corkscrew and used it on the dogs that were thieves. I believe that the island cats learned to be sly from these incidents with the fishermen.

Another practice of twenty five years ago was to grow chickens and ducks and even turkeys in the backyard. These animals were reared for special occasions like a birthday or Christmas menu. Now the next fun thing to do was to allow hens and ducks to roost and raise chicks and ducklings for next year's dishes. And would you believe it, the cats and dogs would also steal these young ones for their lunch. And for the same reason the folks used to lash these cats and dogs that ventured into the yard to steal. To tell the truth, if children were caught in one's yard stealing plums, guavas, coconuts, papayas, or melons, they too would be lashed. Other animals that ventured occasionally into one's yard were raccoons, and they were no exceptions to the lashings.

Now what do you think? Was lashing justified on these animals? What would you do if you find animals liked rats stealing your chicken or fish that you have prepared for the frying pan? Or what would you do if a cat tries to steal your parakeets? Perhaps the fishermen of twenty five years ago are not as cruel as it might sound. Now ask me if they had pet dogs back then, and the answer is a definite "YES". There were dogs, cats, squirrels, rabbits, some pelicans, pigeons, and parrots as pets 25 years ago. 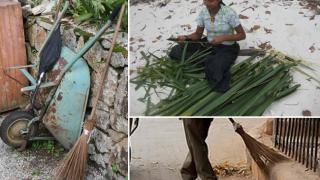 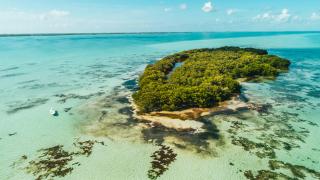