No More Starch On Our Clothing

Twenty Five Years Ago would like to take you through a practice, almost an ordeal, that I am sure is not in use today, and that is the art of applying starch on the clothing.

First of all you might ask what is starch? Well, it comes to us as a white powder which is actually corn starch and comes from the corn. Most grains have starch. Now starch is used to make a thick and nutritious drink. In San Pedro it was called "maicena". Yes, you can add milk to it and it is delicious and nutritious. When one was sick at the stomach, you drank maicena without milk. However, that is deviating from the point.

When starch is mixed with water in San Pedro it was called "almidon". Almidon was applied to clothing. It caused a physical reaction making the fabric very stiff and when the clothing was ironed it looked very neat with sharp edges like at the sleeves, and the front lining of men's pants. Almidon was only applied to fabric that would wrinkle up easily and be difficult to iron and look good. Cotton, for example, did not iron well, so the almidon was applied.

The use of "almidon" or starched clothing became so popular in the forties and fifties, that if a gentleman was not wearing well ironed clothing, the other men would tease that he married a woman who did not know to do her job of laundry and ironing well. If a person had wrinkled up clothing, the impression he gave was that his wife was lazy or that she did not learn the right tradition from her parents. The use of starched clothing meant that a woman was industrious, caring, neat, and loved her husband and children. Even the "suegras" (mother-in-laws) expected that her daughter-in laws had learnt the art of starching clothing.

Now wearing starched clothing might have looked neat, but it was very uncomfortable. I hated wearing starched clothing, and, I am sure, many boys and young men did too. Girls, for the most part, did not wear starched clothing. What they used to wear was the crinoline, but that story is another topic for a later issue. Back to the starched shirts, that thing caused an uncomfortable itching on your back, at the armpits, and all over the back. It was like wearing one of those new shirts with a stiff tag that itches at the neck. And believe me, some moms or sisters, who were learning the art, did overdo it at times and I tell you those shirts were stiff. I mean, you could cut a slice of bread with that sharp edge on the ironed sleeve. There were days when as a child, I would rather stay home than go out with a starched shirt. And don't ask about the itching and where it itched if the pants were over starched.

Now you may ask, just when did this practice of using starch on clothing stop to exist? It was when better fabrics came into fashion, fabrics like wash and wear. Can you imagine applying starch to jeans pants today? One thing is certain, I am glad I do not have to wear starched shirts anymore. So much for "almidon". 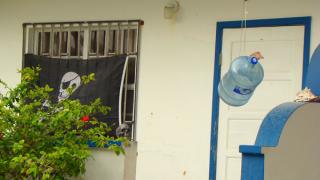 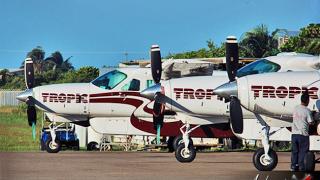 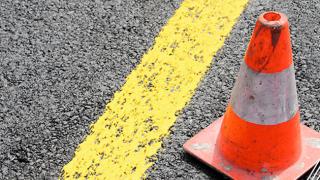