Did you know that there are buried treasures on Ambergris Caye? Do you know that if you find it, you would be a millionaire? It is claimed that part of it has been dug and found, but chances are there is still some more, and it won't spoil for it is in gold coins and precious stones.

The treasure was probably brought here by pirates, and some smarter pirate eventually pirated this treasure and had it all for himself at his home. My grandfather, Cruz Nuñez, recounted to several persons that one day as a young man he and his friend Gaitas, who had escaped from the Maya Indians' camp, were playing around and happened to run into this person's house. There they found this man sitting around a pile of gold coins and precious stones. It was a big pile, and they were sure it was worth a lot of money. Curious about this discovery, Cruz and Gaitas went back to check out the place, only to discover that it was no longer there. One day they followed the same person down the coast, down south to an area known as "Boca Ciega". (Blind Mouth) There they saw this certain man digging a big hole, possibly to bury the treasure he had in this house.

Cruz and Gaitas soon forgot about this incident. They were more interested in the moons and the rains to determine when fishing would be good and when the snapper would start "running". (come to the shallow to spawn) It is claimed that some pine trees were planted where this treasure was buried to serve as a mark. But you know how piracy works. A more astute pirate will take advantage once greed overtakes him. The man who buried it died and never used his treasure.

Several years ago a real estate man in San Pedro heard about this, did some investigating, and did a lot of digging in the area of the pine trees at Boca Ciega down south. Yes, he found it, or so they say, and after becoming a millionaire, he left the island to settle in Honduras. The many holes that were dug remained there for many years, but would you know it, Hurricane Keith has finally killed those pine trees. What a pity? If you are familiar with the island, the pine trees used to be at the present location of Carib Island Resort.

It is a pity because those trees marked the spot where perhaps more treasures are buried. It is a pity because boats coming from outside the reef used these trees as a landmark to locate the cut on the reef and sail straight to San Pedro Town. And skiffs coming from Chetumal in the Bay of Chetumal also used these trees to locate the channel at Cayo Romero. But hurry up; you might still be able to locate the trees, that is, if the owners of that place will allow you. These are only some of the many treasures on Ambergris Caye. Twenty Five Years Ago will tell you of other treasures in upcoming issues. 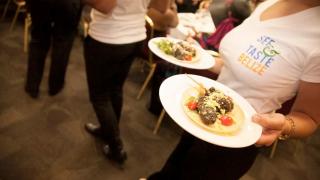 See & Taste Belize Festival for Children with Disabilities of Belize 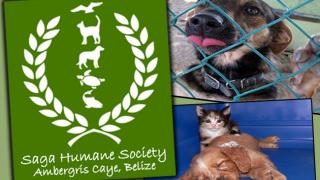 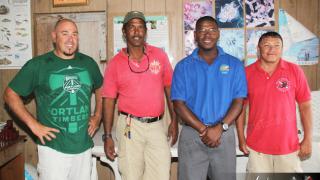