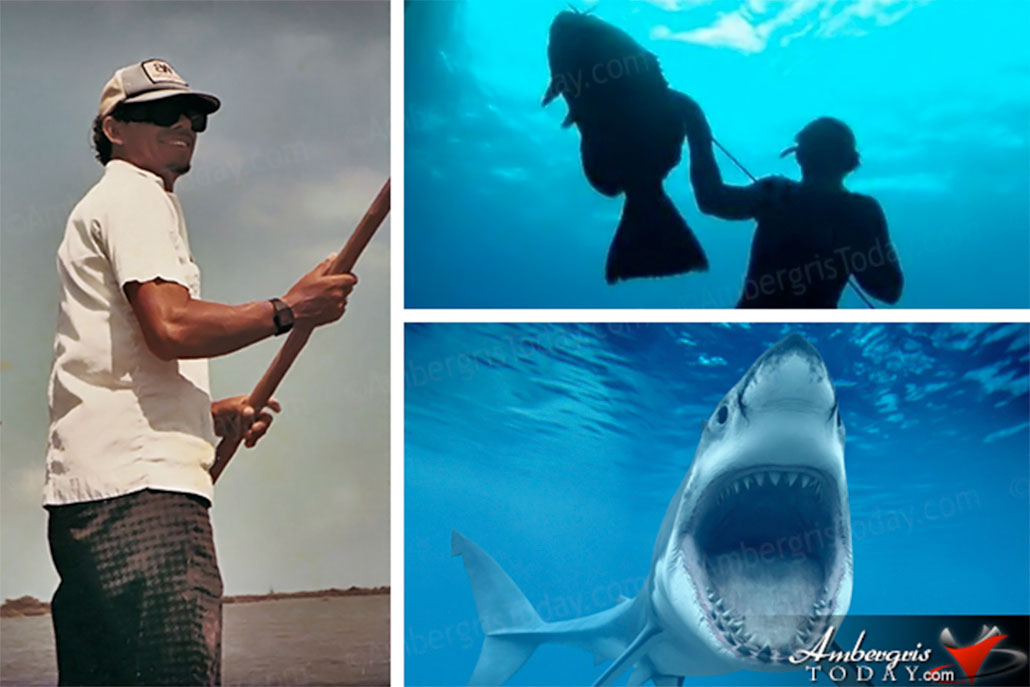 by Angel Nunez - In this article I want to document real close encounters of San Pedranos that we may remember for generations. They are real stories that have been told throughout the years. They were a big deal back then, when local fishermen and divers lacked the modern equipment, technology and medical services were scarce on the island. Enjoy this two-part article with incredible stories about our local fishermen.

DRAGGED BY A SAILFISH
A common, popular and profitable pastime in the 1950's was trolling outside the reef, an activity enjoyed by all fishermen, families and certainly father and children. On this Summer afternoon Alan Forman went alone in his sailing boat way beyond the reef, right in front of the village to join ten other sailing boats.

Alan had already pulled two large barracudas, but in the process his lines and hooks had been entangled. Just as he released is second bait, he had a heavy bite and Alan knew he had something big. A giant leap by the animal confirmed that Alan had hooked a large sailfish. The animal was no easy prey and played tug  war with Alan who pulled in a few feet of line and then had to release twenty feet due to the strength of the animal. 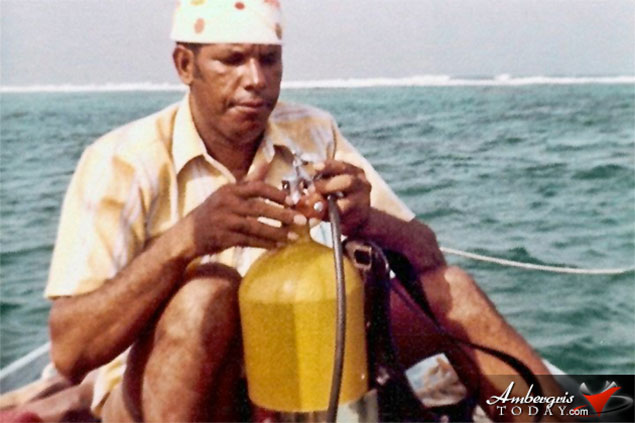 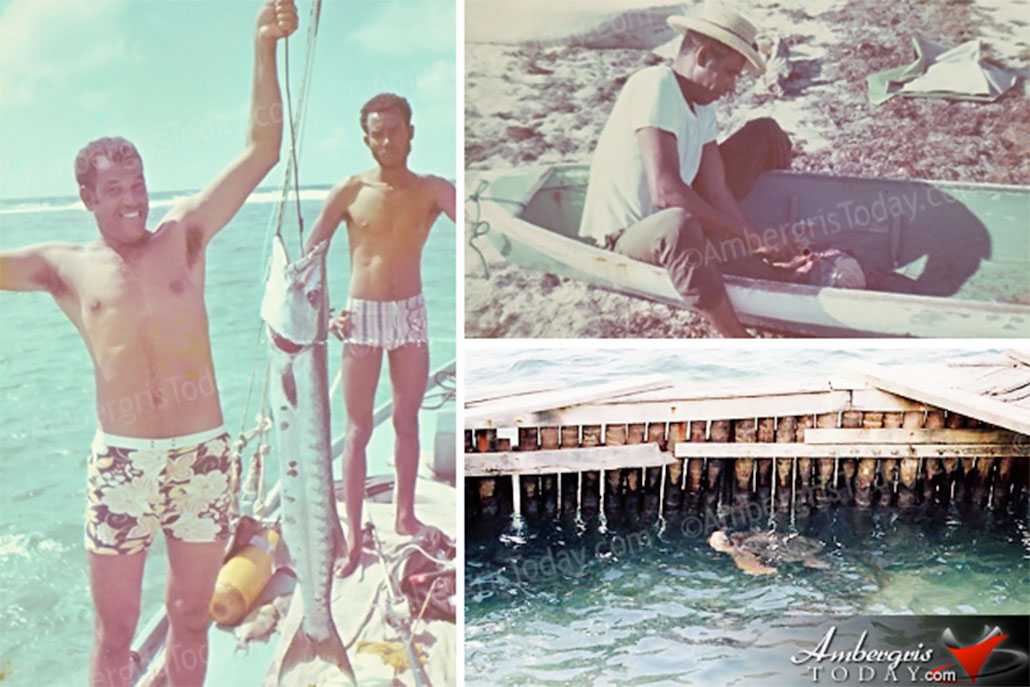 Suddenly the inevitable happened. A large 5-inch hook became encrusted into the palm of his left hand. With only one hand to fight, Alan was soon beaten and pulled overboard by his prey, so that he now became the prey. The sailfish pulled him in circles for some ten minutes as Alan managed to hold the line with his injured left hand. He used his right hand to remain afloat and his loud voice to shout for help.

Eventually another passing boat noticed that his sail had been fluttering for an unusually long time, so it came to his rescue. By then Alan was exhausted and had swallowed quite a lot of salt water. Once they got Alan on board, they cut the line to free Alan from the monster and they quickly set sail for the village. News of the atrocious incident quickly spread throughout the village and one brave man officiated as doctor. He cut the nail with a metal file and removed the hook from his palm. Alan was okay but this mishap kept him off the sea for two weeks and then Alan was ready for some more fun in trolling.

A SHARK BITE
Wilber Marin was no scuba diver but was a master skin diver for lobster, conch and even fish. The lobster season was closed so Wilber and his crew were on  trip to Glover's Reef spearfishing for fish to produce fillet. On the first day they totaled about 100 pounds of grouper fillet, so the next morning they were out bight and early each to his own dory. 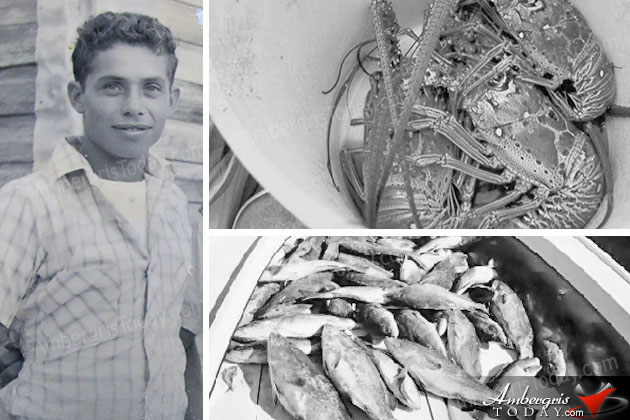 Before 8a.m. Wilber had speared more than a dozen ten-pounders and was on the next dive coming up with beautiful one when he noticed a large shadow over him. The dreaded scene - a shark! Wilber focused his eyes on the beast and remained as motionless as possible knowing that sharks attack during turbulence and when they feel threatened.  The shark was in no hurry as Wilber was and kept circling above, but Wilber was running out of air in his lungs.

When he could take it no more, he continued to surface ready to confront the predator. Immediately, the shark took a larger circle and came towards him from the side now with wide open jaws.  "Have it," said Wilber to the shark as he pushed forward, the spear, with fish and even the bamboo and rubber that formed part of his sling apparatus. In San Pedro fishermen called it a shooter.

The ferocious shark took it all but in the process also grabbed on to Wilber's palm of his left hand. Because the shark's jaws were not completely locked due to the spear and the wood sling, Wilber was lucky to pull his hand and was freed. Bleeding profusely he surfaced and started swimming towards his dory shouting for help. A nearby companion came to his aid and paddled towards the main vessel. They wrapped up his hand with a piece of cloth to stop the bleeding and he was given some aspirins as pain killers. Sails were hoisted and they set en route to Belize City for a four to five hour ride. Once in the city he was taken to the public hospital where he was attended and had to remain for one entire month under medication. Wilber recalls that the worst part was having the young nurses giving him a sponge bath. Indeed Wilber returned to diving but not for spearfishing for quite some time.

A NURSE SHARK KISS
Nurse sharks are supposedly not aggressive sharks and because they have small mouths with tiny teeth, they suck on their food more or less like a baby suckles breast milk. They do have tremendous pressure when they suck or kiss. Rafael Nuñez, my fisherman dad, arrived at his fish trap on a murky cold November morning in 1959 only to find bout six four-foot nurse sharks inside the trap feeding on small fish. 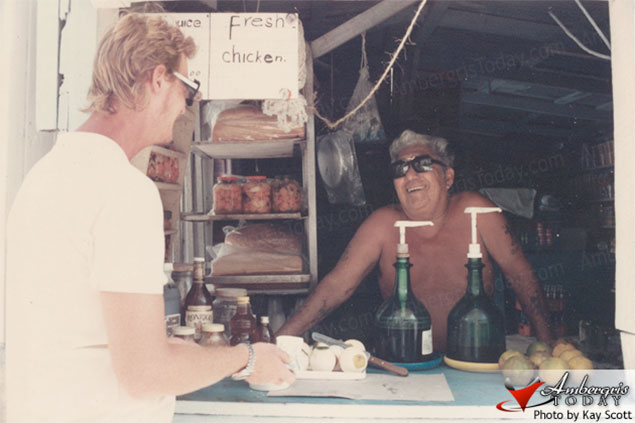 Rafael took his long spear and harpooned them out one by one. He then jumped in with his net to collect the good fish for his morning market in the village. Suddenly he felt a tremendous bite on his inner leg or thigh. It was one remaining angry nurse shark that was sucking on his flesh.  Rafael did not lose focus and grabbed the animal by the neck and pulled as strongly as the predator was sucking. Shortly he freed himself and flung the animal directly out of the trap. Rafael left all the equipment in the trap, got on board his dory and started his three horsepower outboard motor en route to the village.

His nurse was his mother, Chi Chi Regina who did her hot water treatment and covered the large gash of open wound flesh with herbal ointments and Rafael was warned to keep out of the sea for some two weeks. Once back to his job, Rafael spent up to half an hour inspecting his trap to ensure there were no ‘ghosts’ before he jumped into the fish trap.  For quite a long time we did not eat shark "panades" at home. 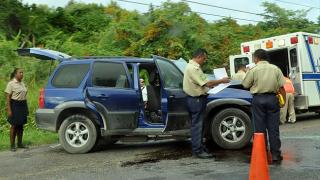 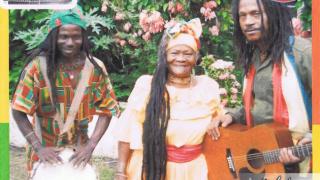 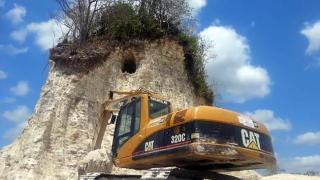